Price agreed upon and deposit placed on R52 shell and some other needed parts. Probably picking it up in SC on 8/22 and dragging it home. So there can be three broken MINIs parked in my garage and driveway.

Decoded the VIN… the shell is just about perfect
11/2005 build, had DSC, Xenons, HK, cold weather package, multi-function wheel, just like my car. So the body / audio harness will be correct for the swap.
Manual, so I’ll now have a manual body harness and the goodness that goes with that.
Fixes an “unfixable” issue with my old car.

First look at the donor shell – these plus many other pics, plus lots of Q&A with the owner sealed the deal. HUGE shout out to Markus Richard and Doug Lavigne for helping me find this. Social media works. 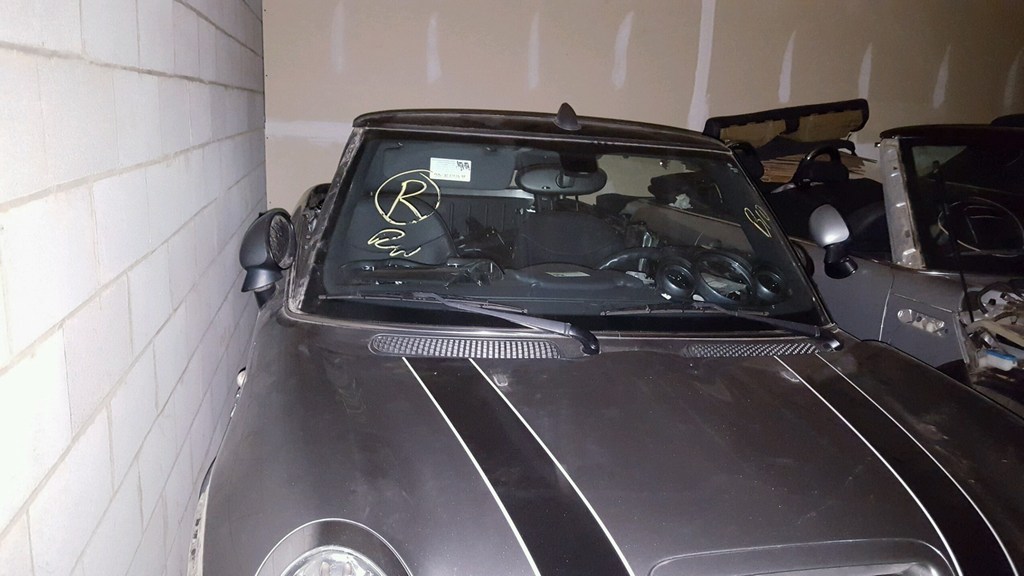 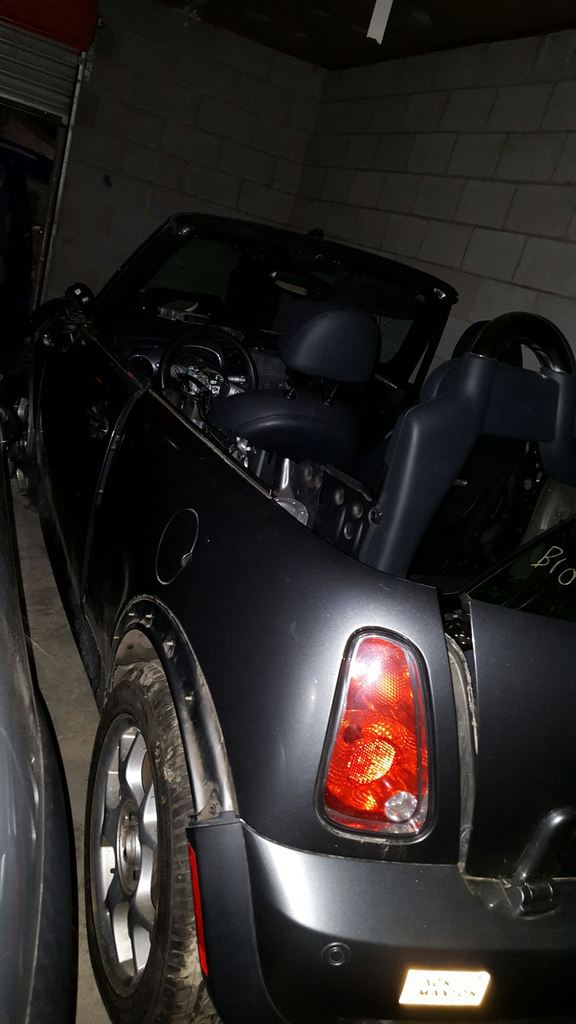 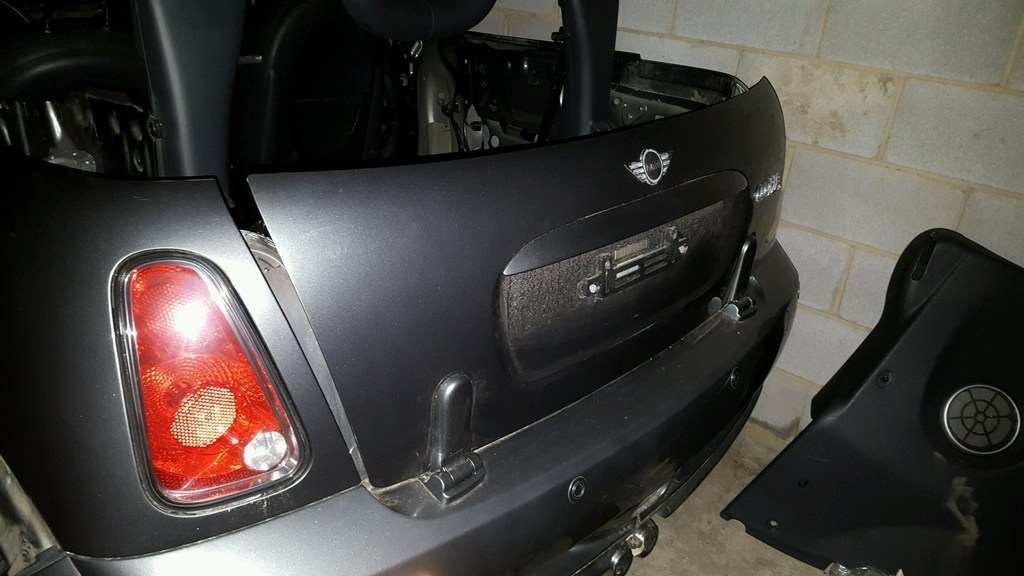 This was an Ohio salvage vehicle, now in South Carolina. Very little rust for a snow belt car. I’ll remove rust and repaint, use better parts from my wreck, or buy new parts and hardware as needed to make the rebuild as close to “like new” as practical. 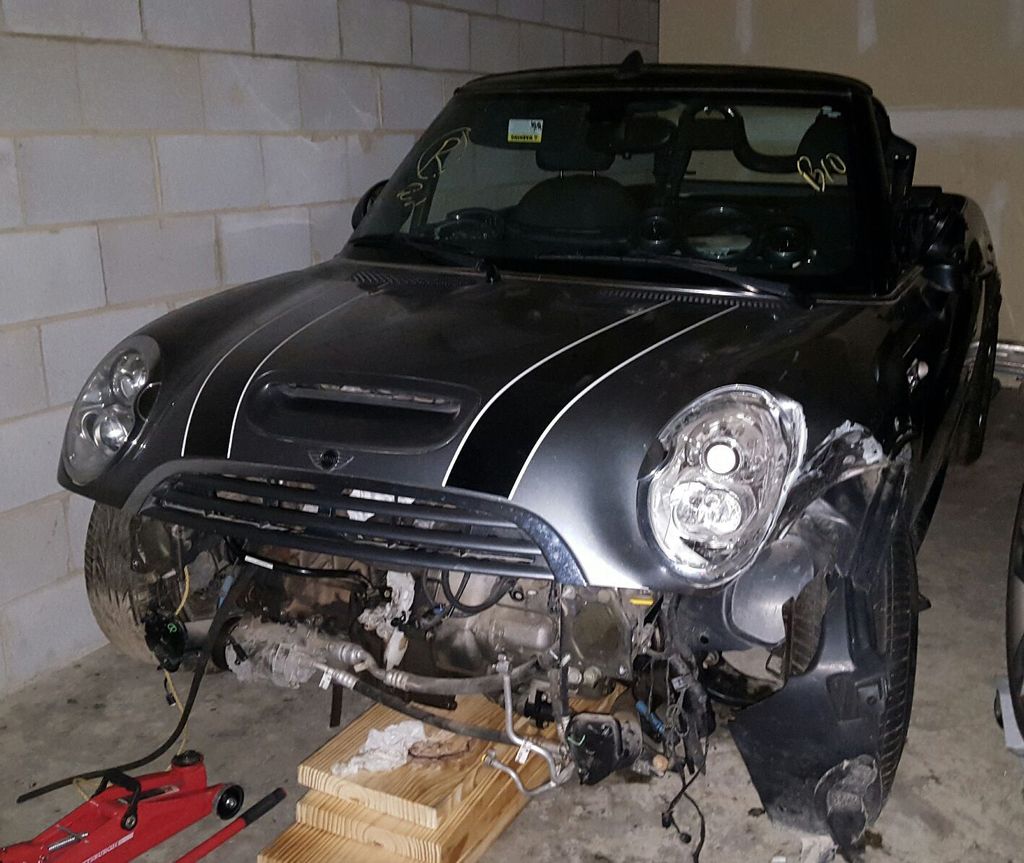 The car took a direct hit to the left front wheel, broke the strut, damaged hood, headlight, radiator surround, bumper, fog light, wheel… otherwise, everything looks OK. Strut tower and frame rail look fine. It doesn’t take a lot to total one of these cars… that short list of parts, plus labor and paint, is all it took for this one. The rest of the body looks very clean. Will be mostly stripped when I get it, but will include the taillight and rear left side window that I need. I have most everything else.

I’ll go down on 8/22 with my engine crane and a set of wheels, and help the owner pull the engine and strip anything else he wants to keep. Pop my wheels on it, drag it onto a Uhaul dolly, and drag it home.

First order of business will be to complete stripping the engine bay and trim, for a full Thunder Blue repaint, OEM quality or better, including a new bonnet, GP front bumper, and my GP side skirts. I’ll probably shoot the mirror caps and small GP trim parts myself later.

Already started ordering needed aftermarket suspension stuff last night. This gives me an opportunity to refresh my suspension and take it up a notch. While I loved the Bilstein + Swift + Vorshlag combo, it had become a little too low when on 15″ wheels. Greene Performance coilovers will remedy that. I was still running the original 19mm H-sport swaybar I installed as one of my first mods in probably 2007. Time to upgrade to the H-sport Comp bar. Broke at least one of my several-year-old Powergrid end links, time for a new set of Whitelines from Greene Performance. And some fresh Powerflex Race LCA bushings and steering rack bushing from Detroit Tuned. Already have a set of the new Greene Performance camber/caster plates on order, hopefully they will materialize before I need them.

OK, like with the GP donor and manual transmission conversion, some things happen fast.

Crashed car on Saturday.
Laid around with a concussion for a couple of days.

As of now (Wednesday) have:

Gonna rebuild this thing RIGHT. It’s gonna be EPIC. Have some ideas for improvements that would not have happened without this turn of events.

Back in the garage and on the lift, for preliminary damage assessment. 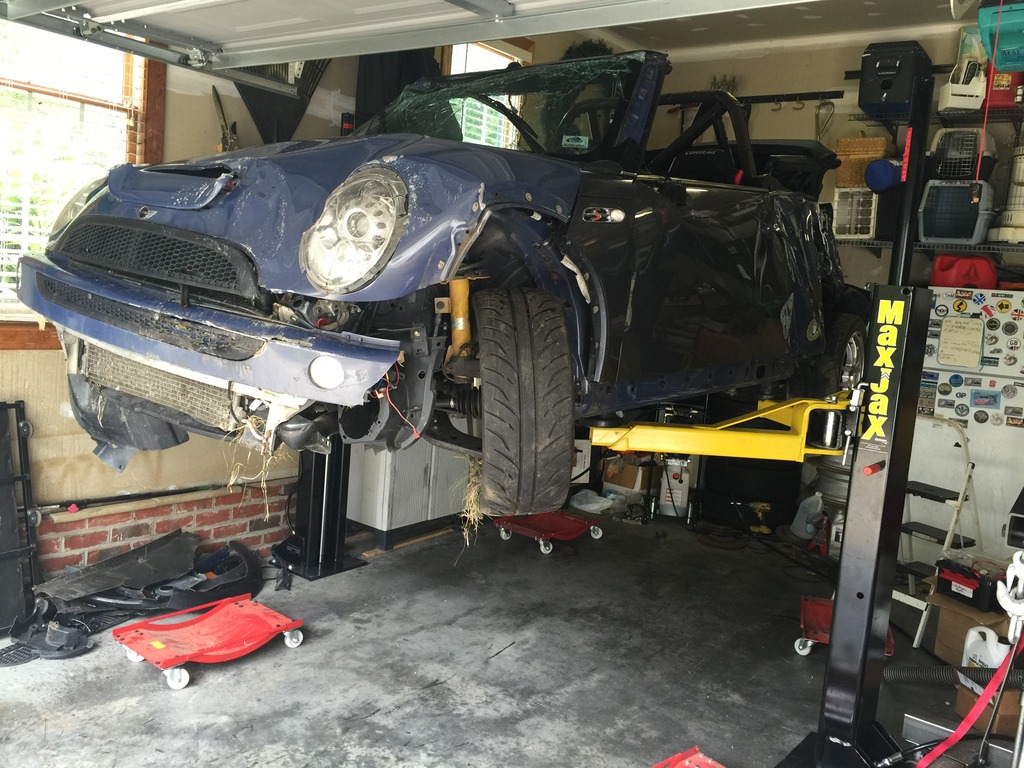 Obviously, it needs a new body. 🙂 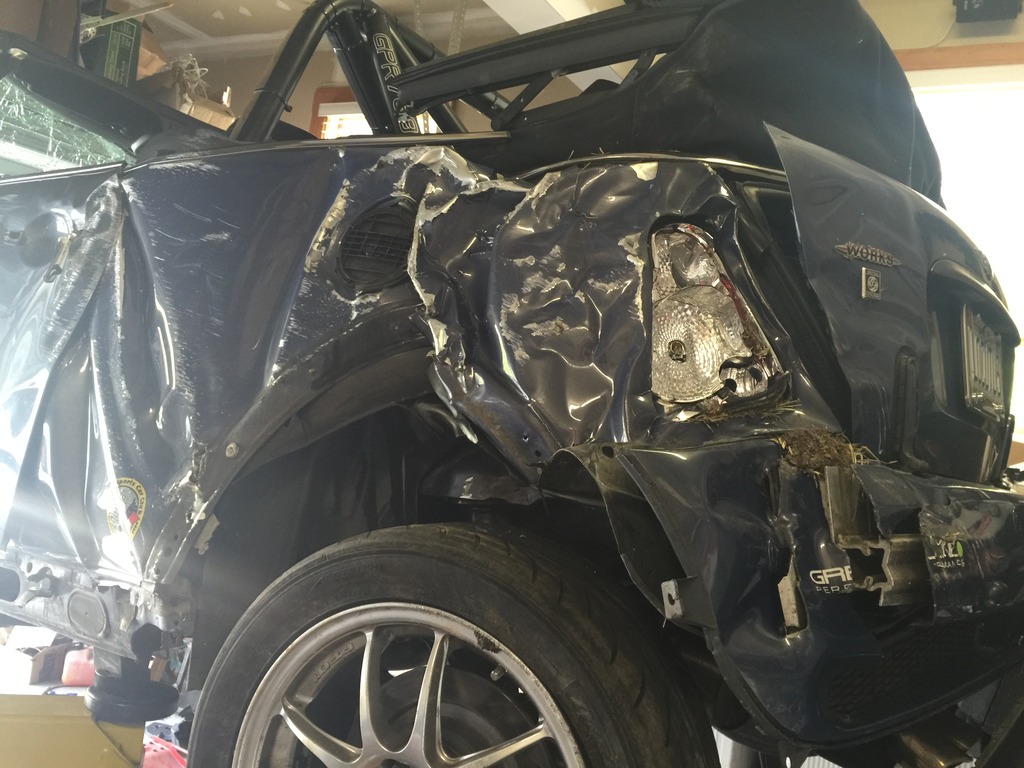 When you throw a Mini through the air onto this corner… this happens. 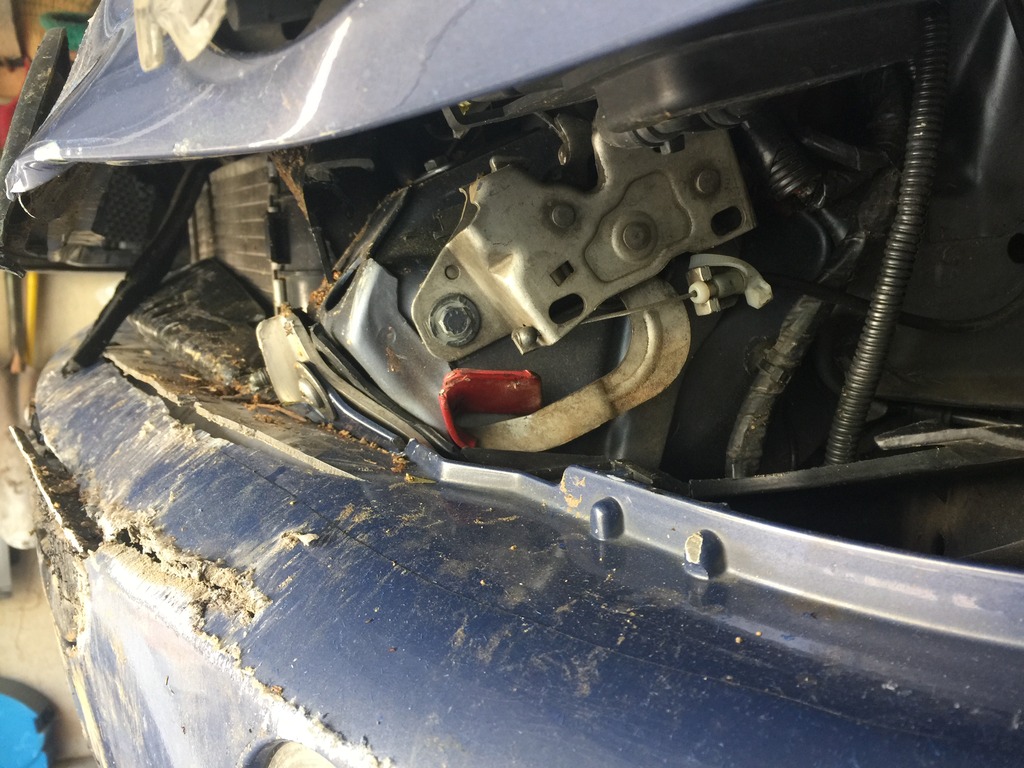 Hard to see above, but there is a definite “fold” in the forward frame arm, it’s bent as much as any I’ve ever seen. That’s what happens when you focus the full momentum of the car into that spot.

Though mine has the new “Speedster” windshield… 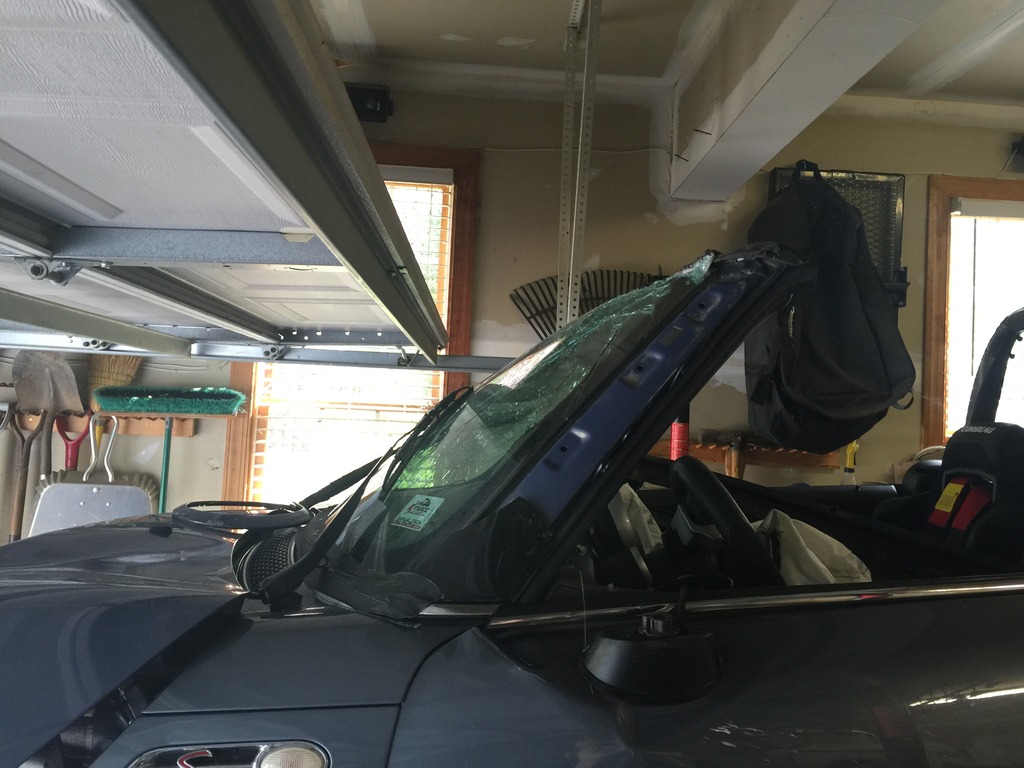 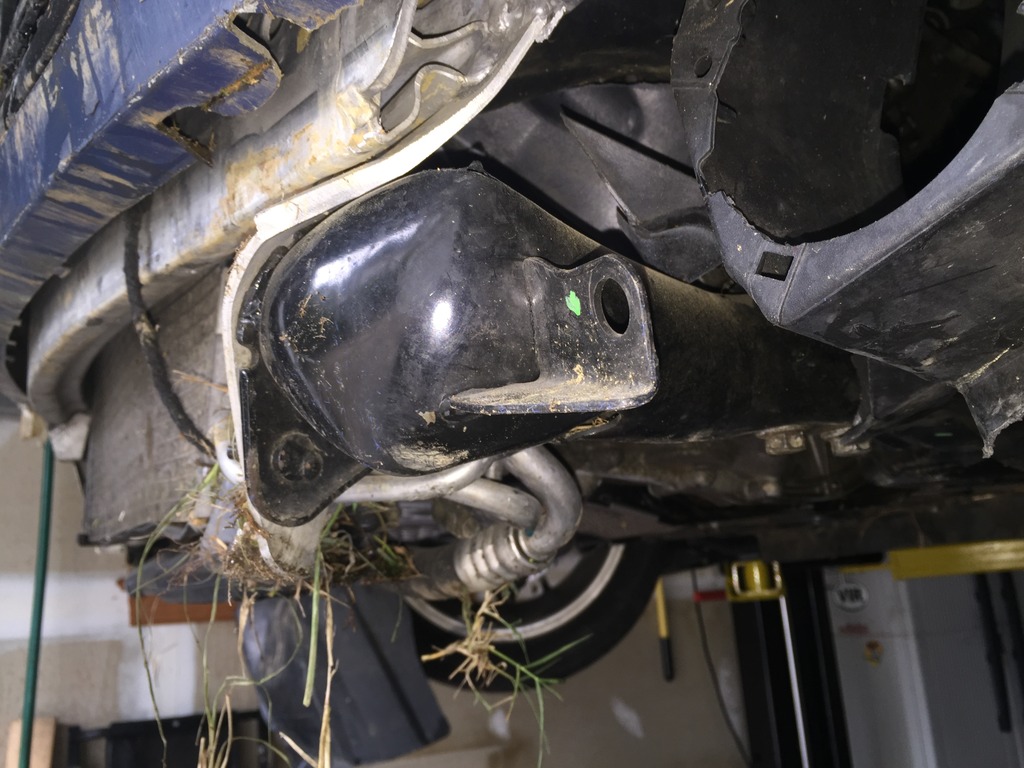 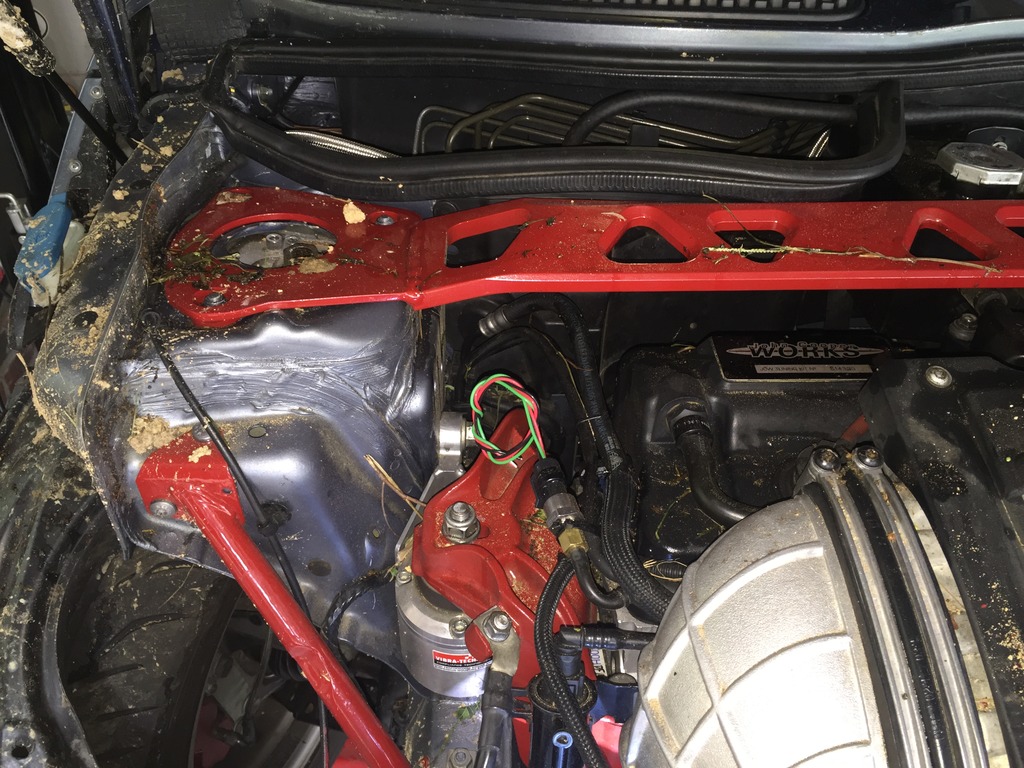 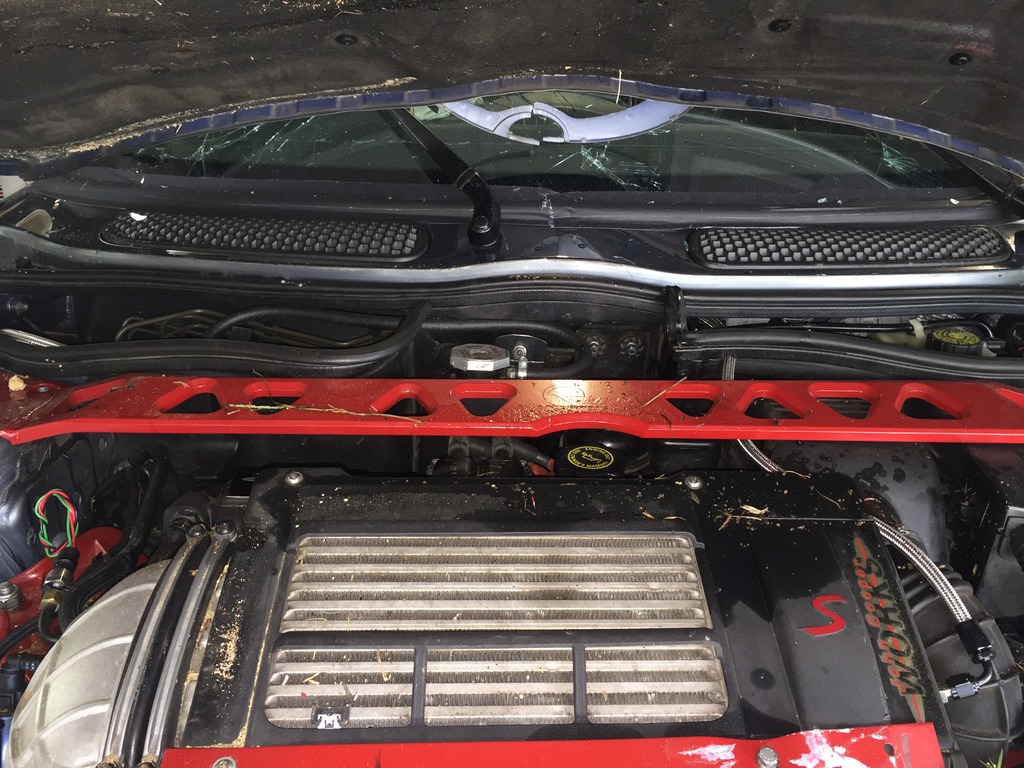 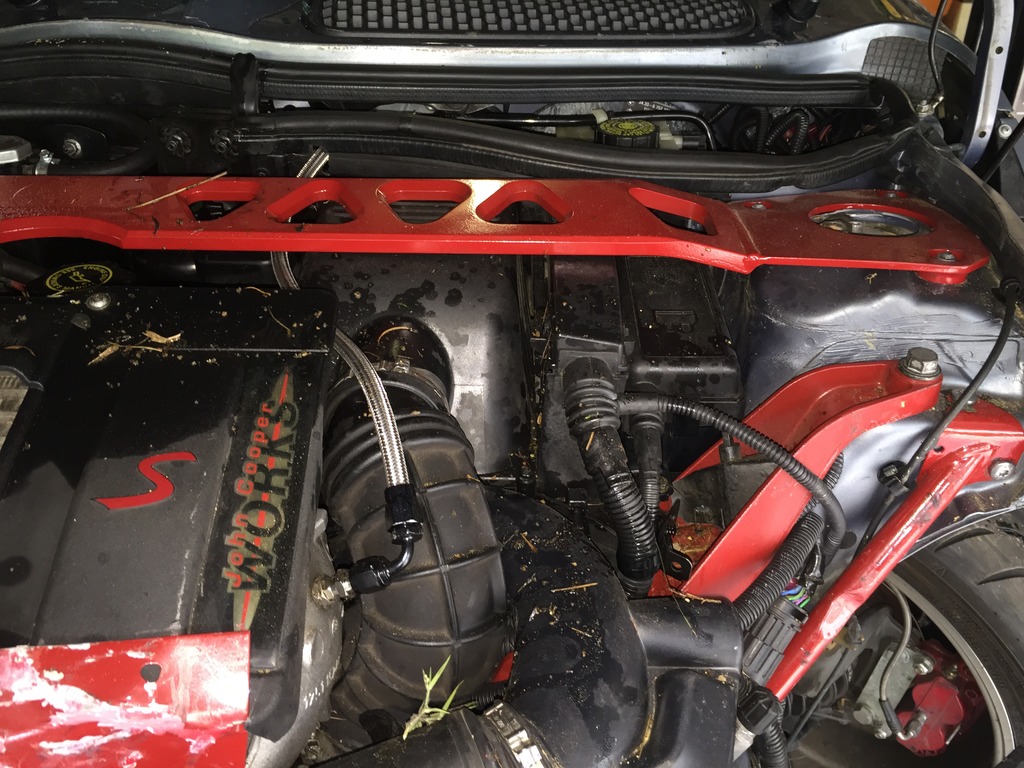 Both lower control arms collapsed and bushings pulled out. 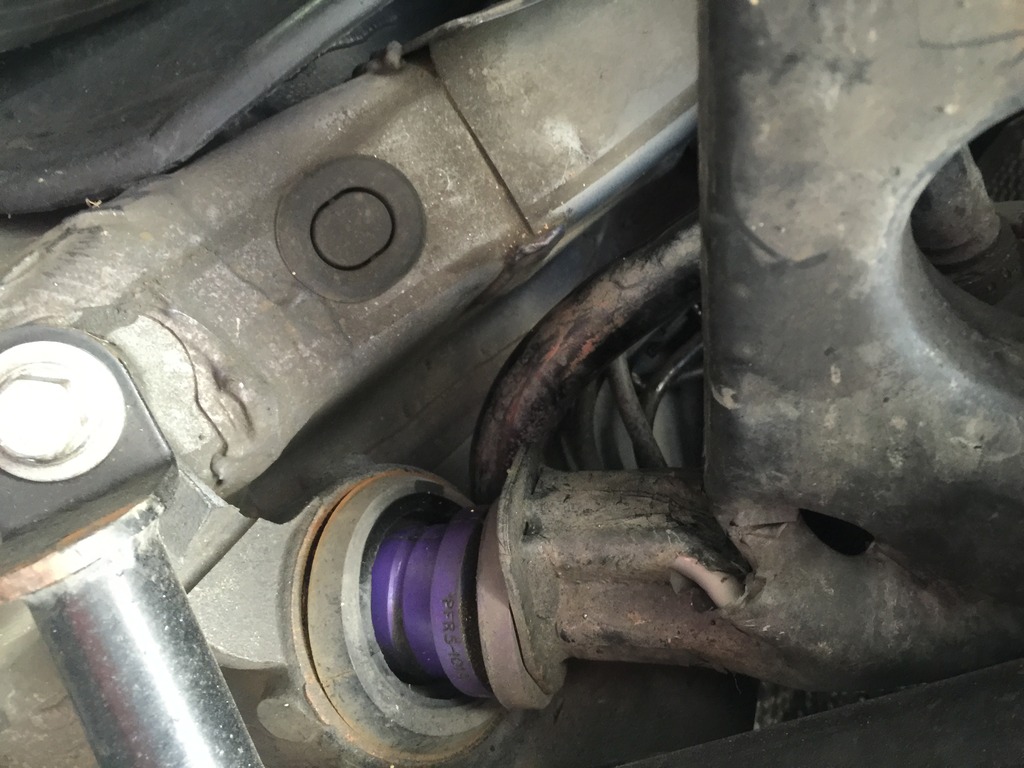 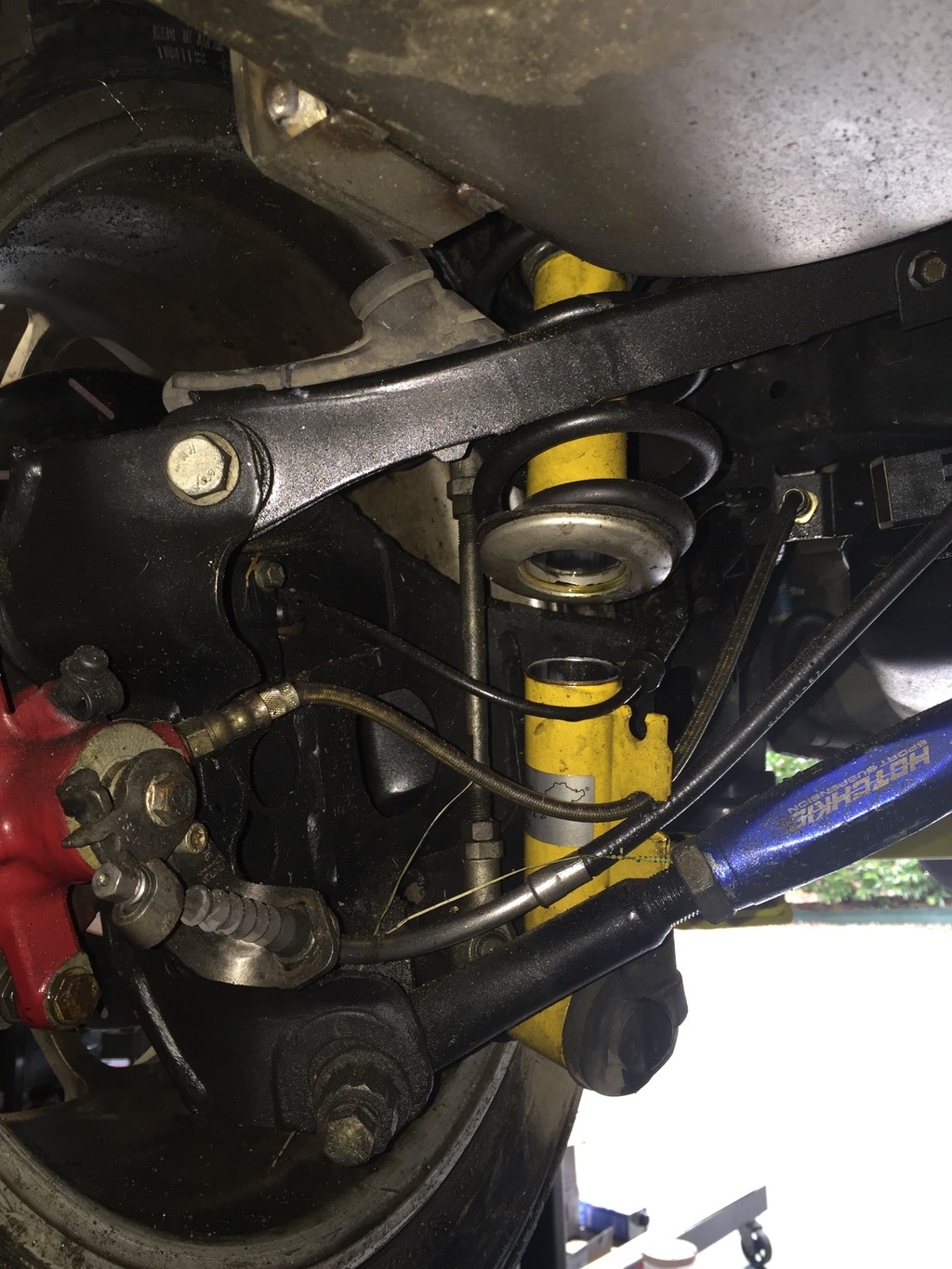 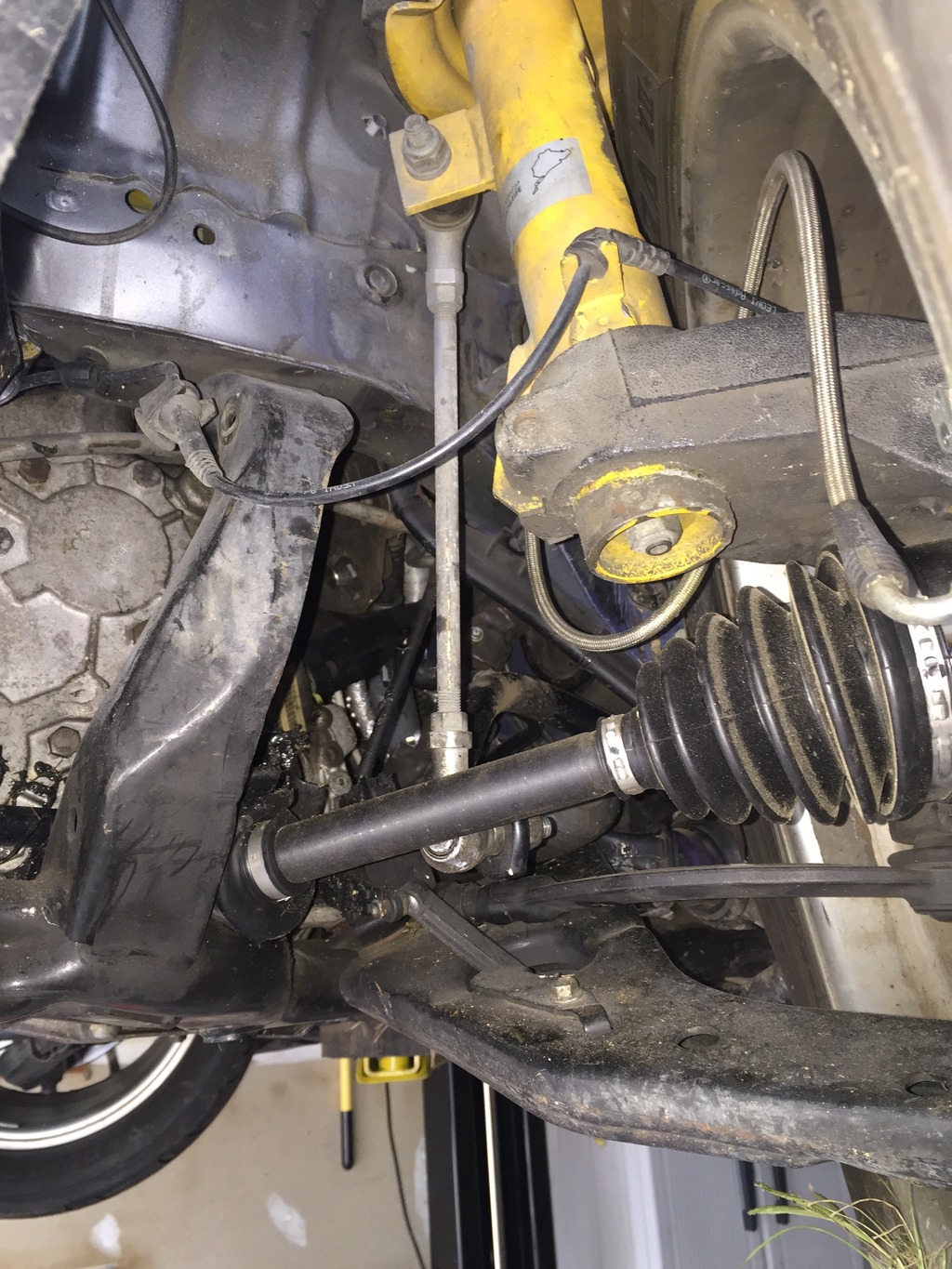 All engine / transmission mounts appear intact. One top plate on the strut bar bent a little, but is OK.

One Xenon headlight and one taillight broken. 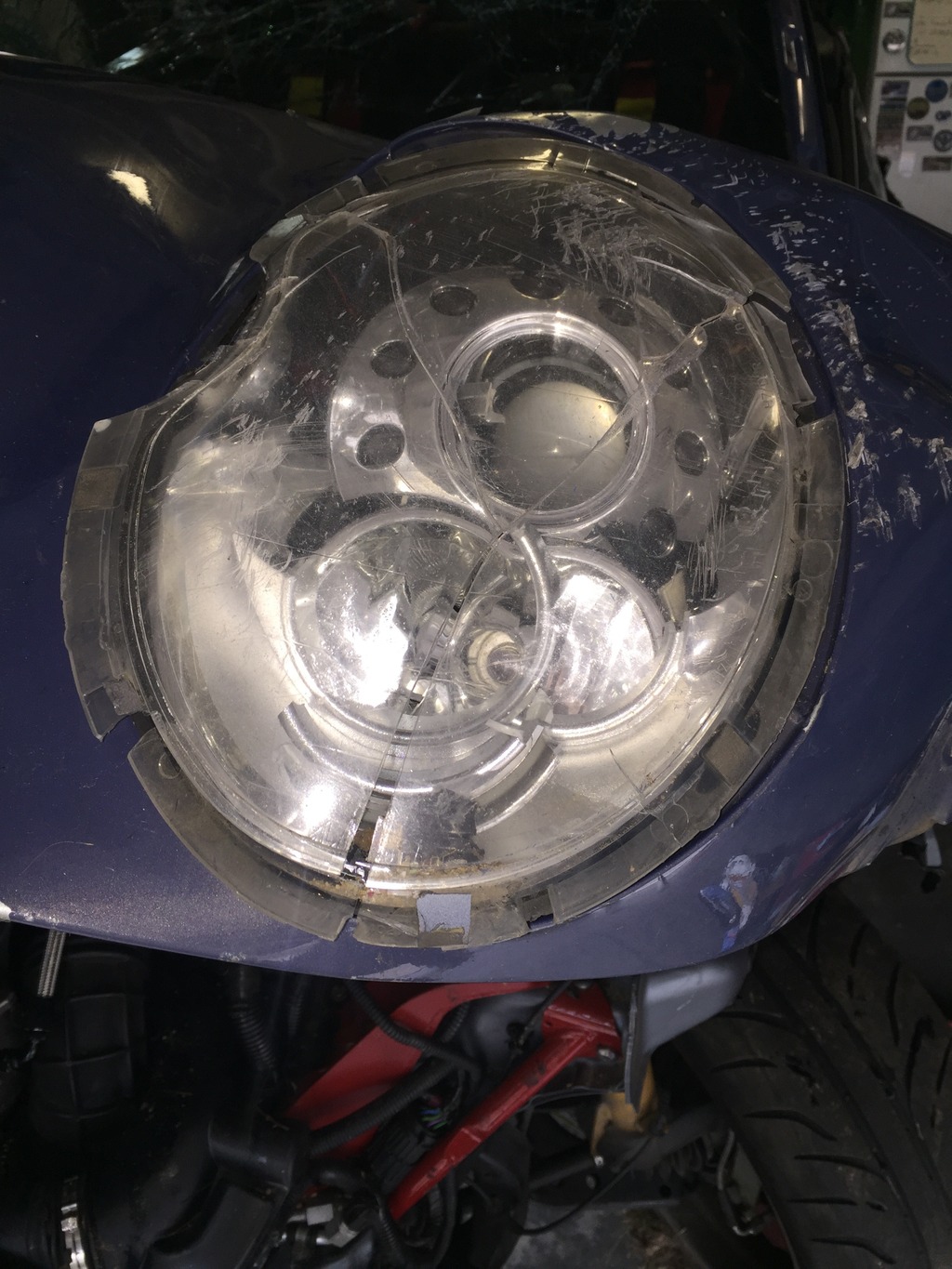 Both new RMW axles had the tripod joints pulled apart and boots split (typical for this kind of crash) but they can be rebuilt like new. 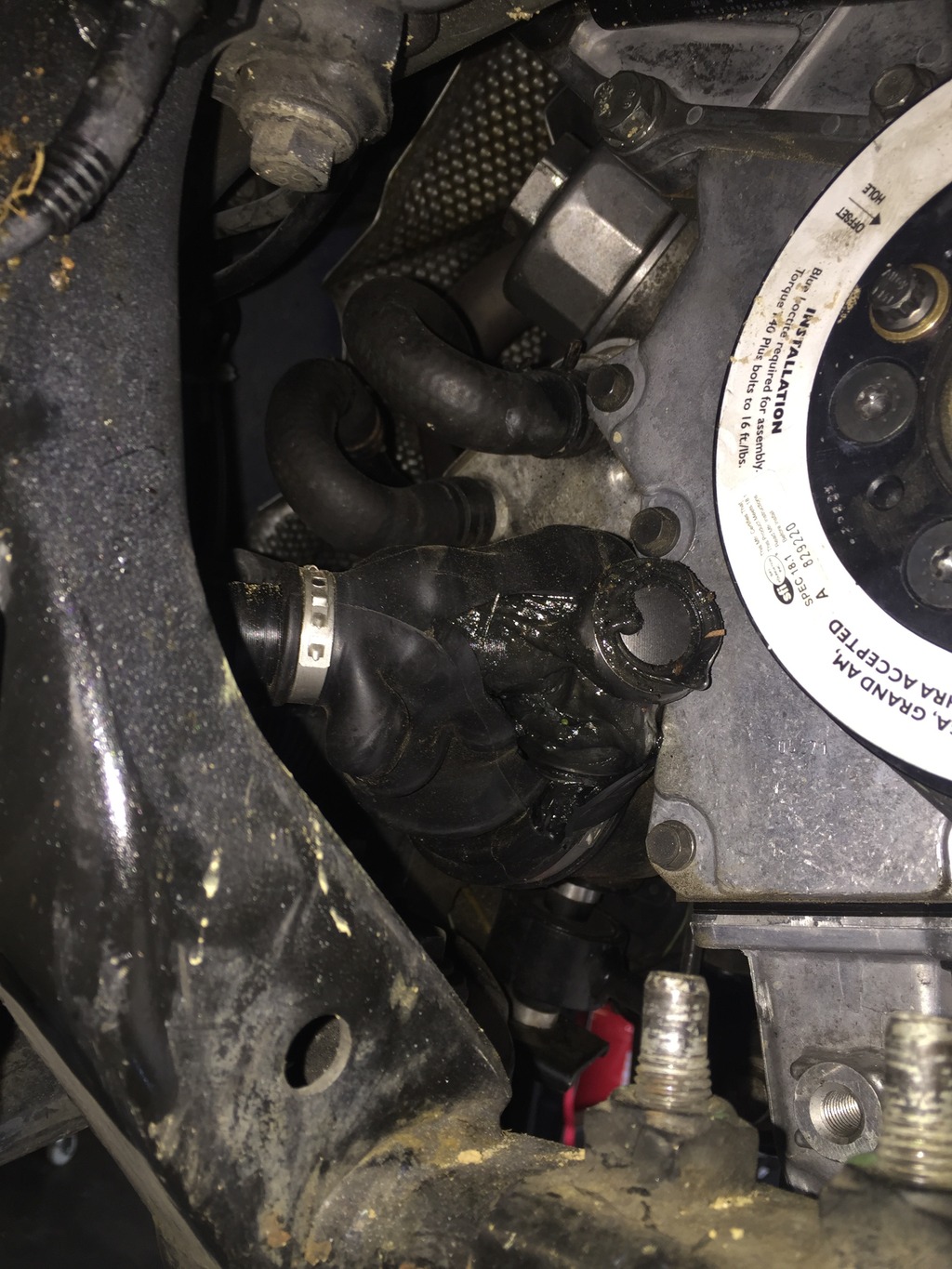 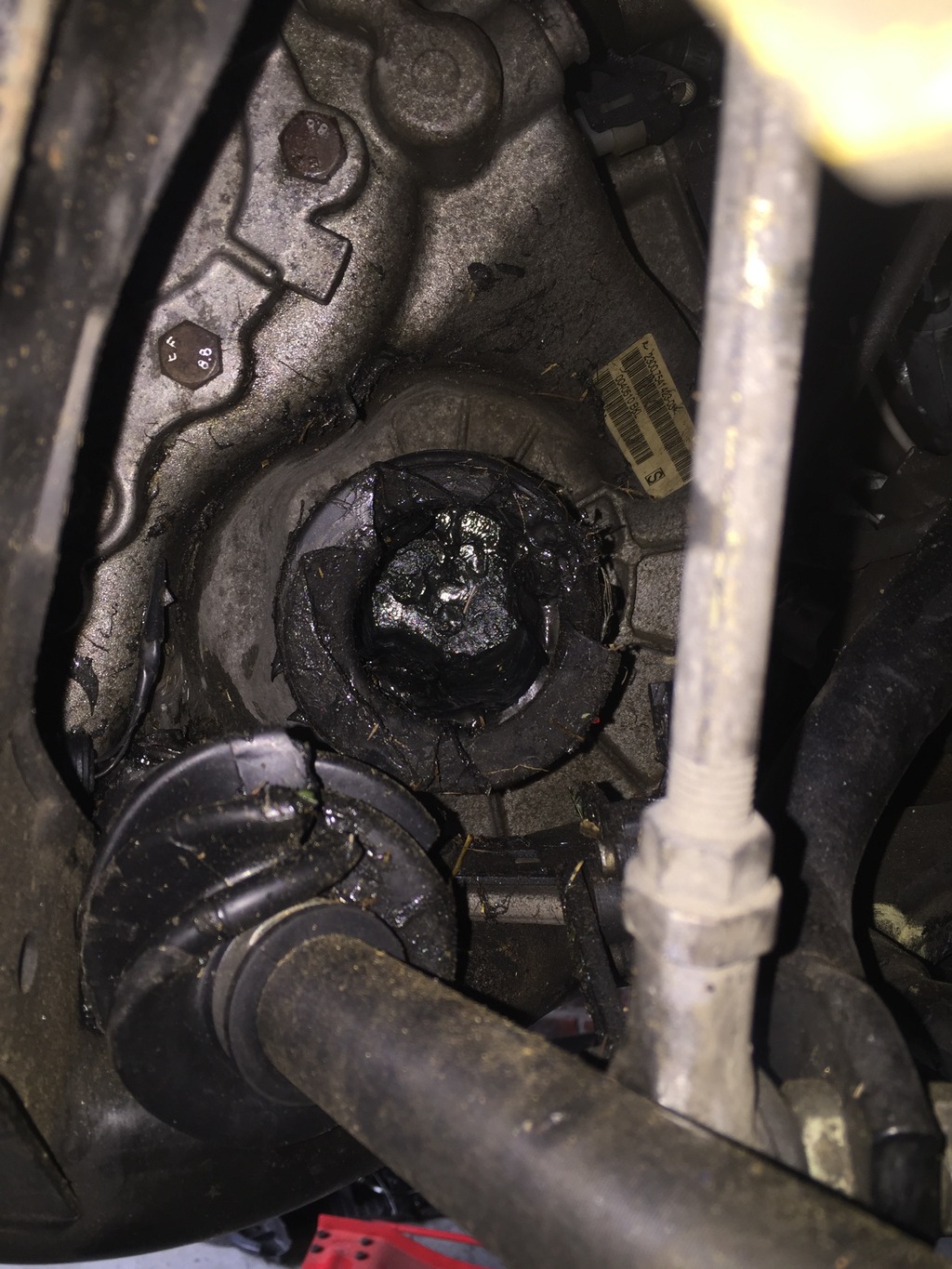 Radiator might be leaking a little, but not much. Will be replaced.

Engine still has a full oil fill. A little oil on the engine and tranny, but that may be from when it was upside down. As much oil on top of the engine as underneath.

Rear end of exhaust got banged up but is fixable. 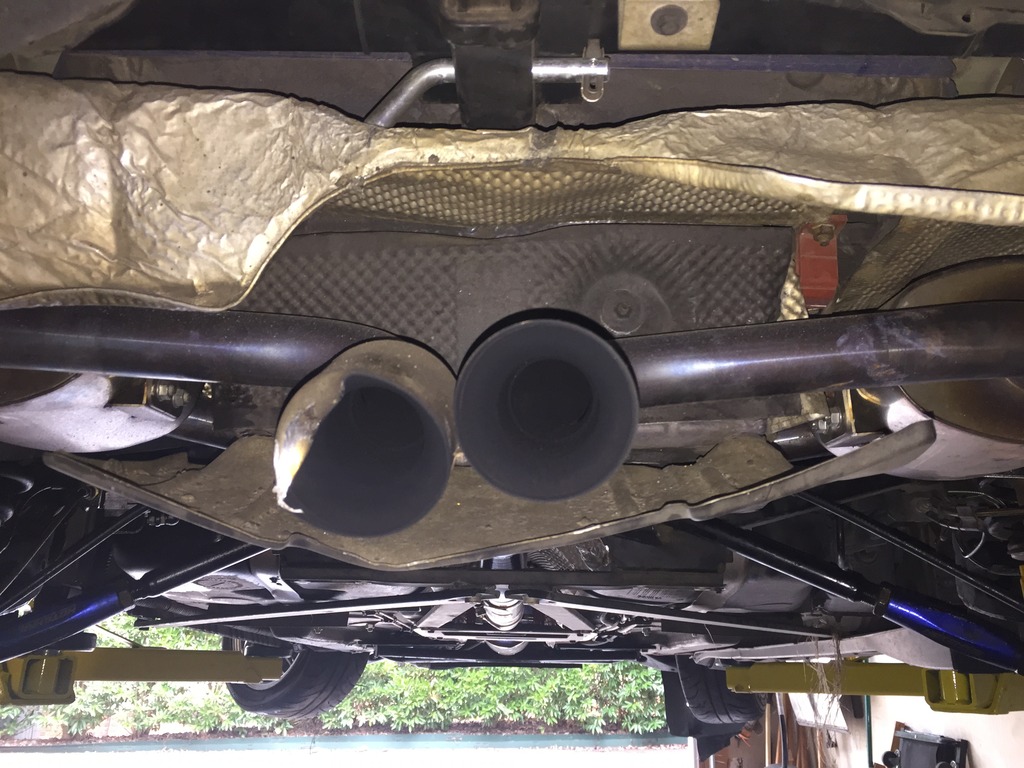 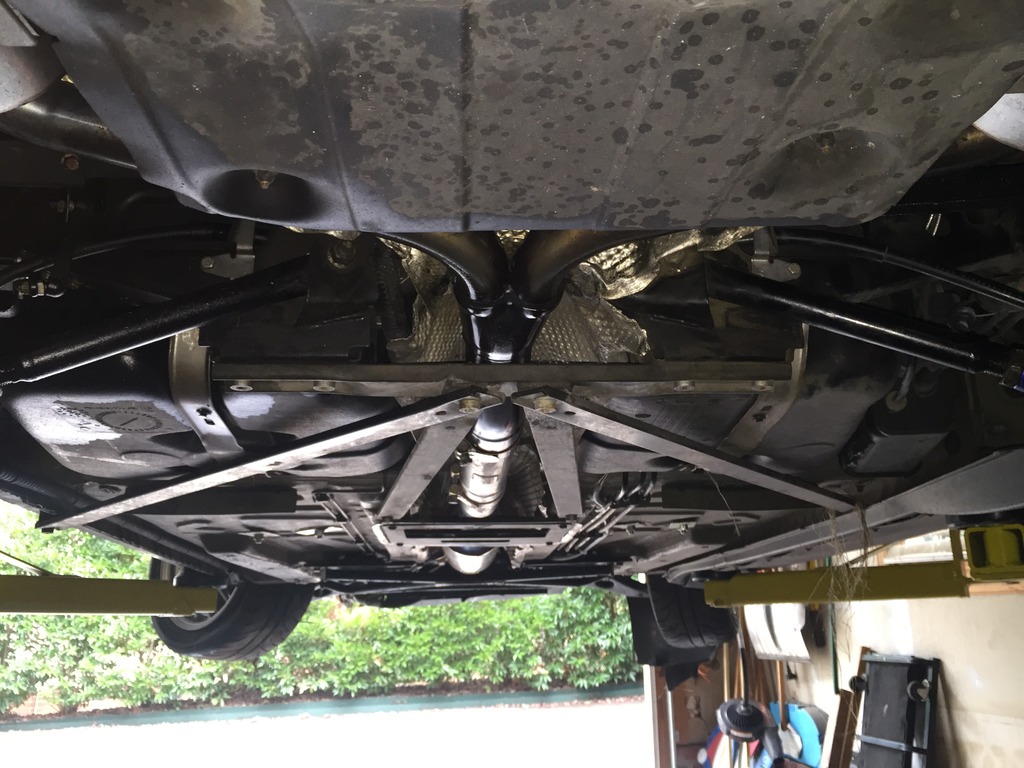 Even the PS fan looks fine. 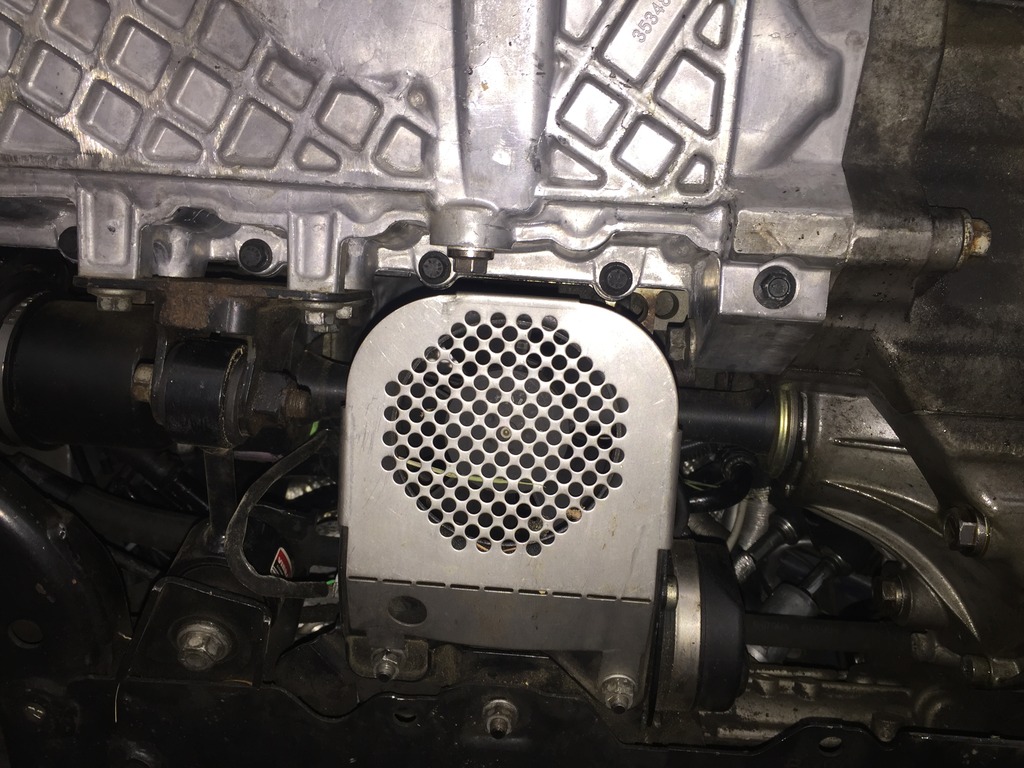 Wheels took a beating, 3 of the tires are flat. Interior is OK I think, other than airbag deployment and drivers side harness. I think all the vital GP trim is intact, inside and out. Both door handles got broken off, will have to rekey new drivers door (cylinder is still in the door, may be able to reuse it). Battery reads 4v, but 0v at the engine bay terminal, so the fusable link probably blew and shut down the motor before any damage occurred (I hope). It actually looks like I could hook up a battery and start it right now, but I won’t. 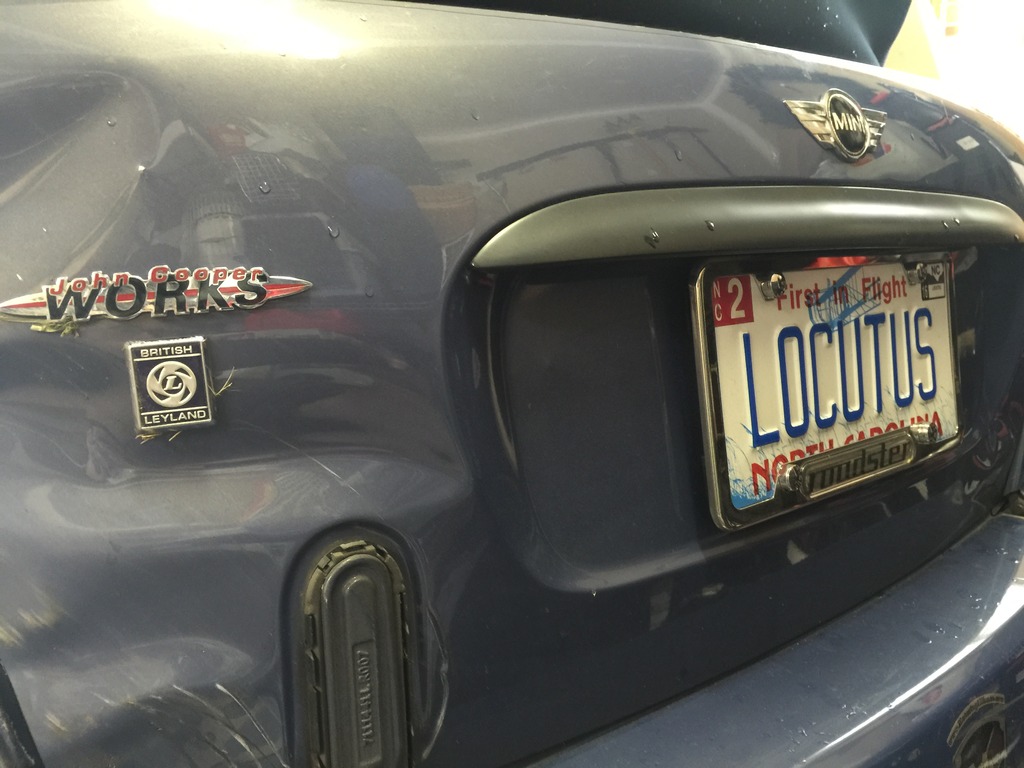 This could be a problem… 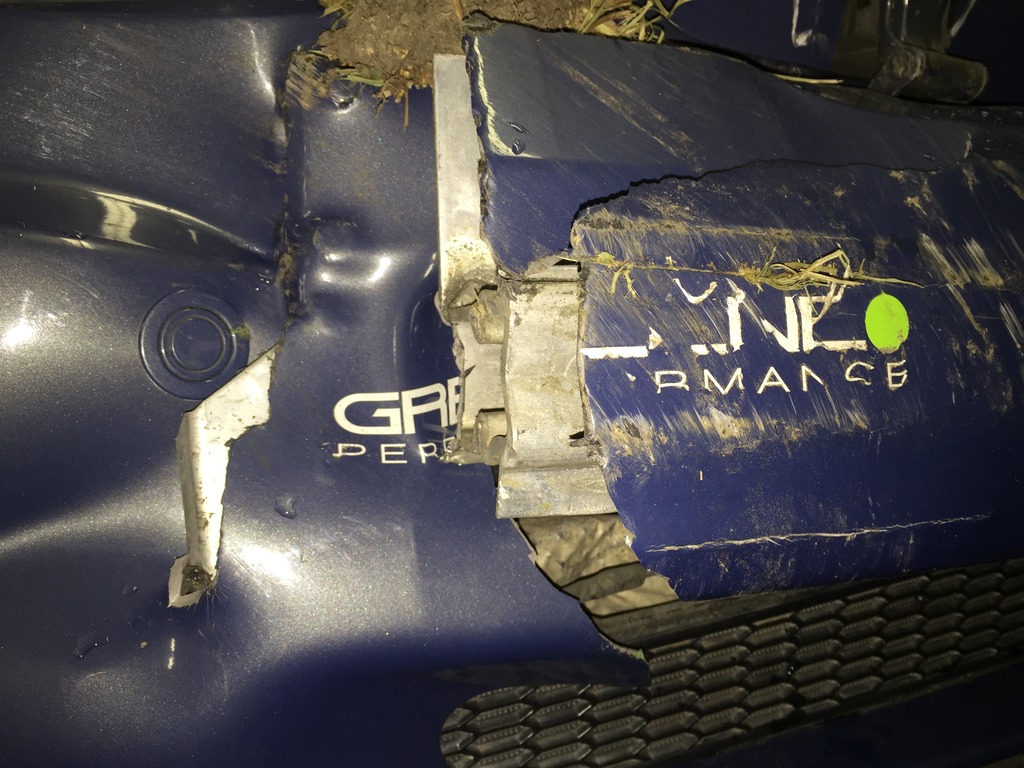 Before a Phoenix can rise from the ashes… there must be ashes. 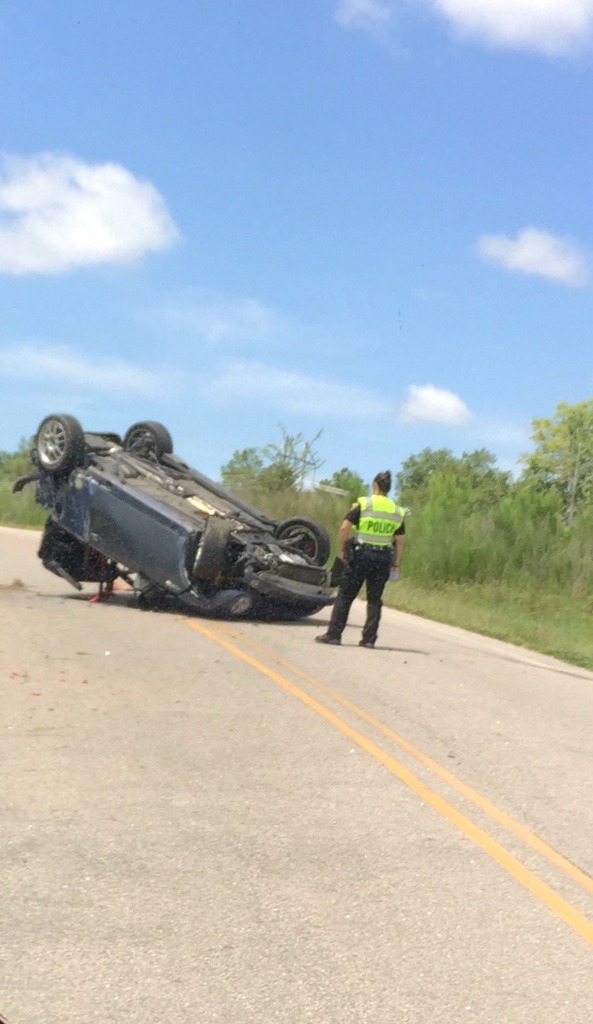 Not exactly what I had in mind today. But stuff happens.

I’m not going to go into a lot of details. Skidded on a corner, dropped a wheel in a ditch with an embankment beside it, and got catapulted back out and over. Road I’ve driven 100 times.

Bumped my head on the pavement (I think) on the left side while rolling, and have a mild (hopefully) concussion from that, a variety of bumps and bruises and cuts, and a burn on my hand from (I’m guessing) the airbag, but otherwise I’m OK. Head CT came back clear, but I lost probably 15-20 minutes of time… so paying attention for the next few days.

Car is as broken as any MINI I’ve ever seen. I think the motor will be OK, as is much of the interior, and I think the GP bits are savable. 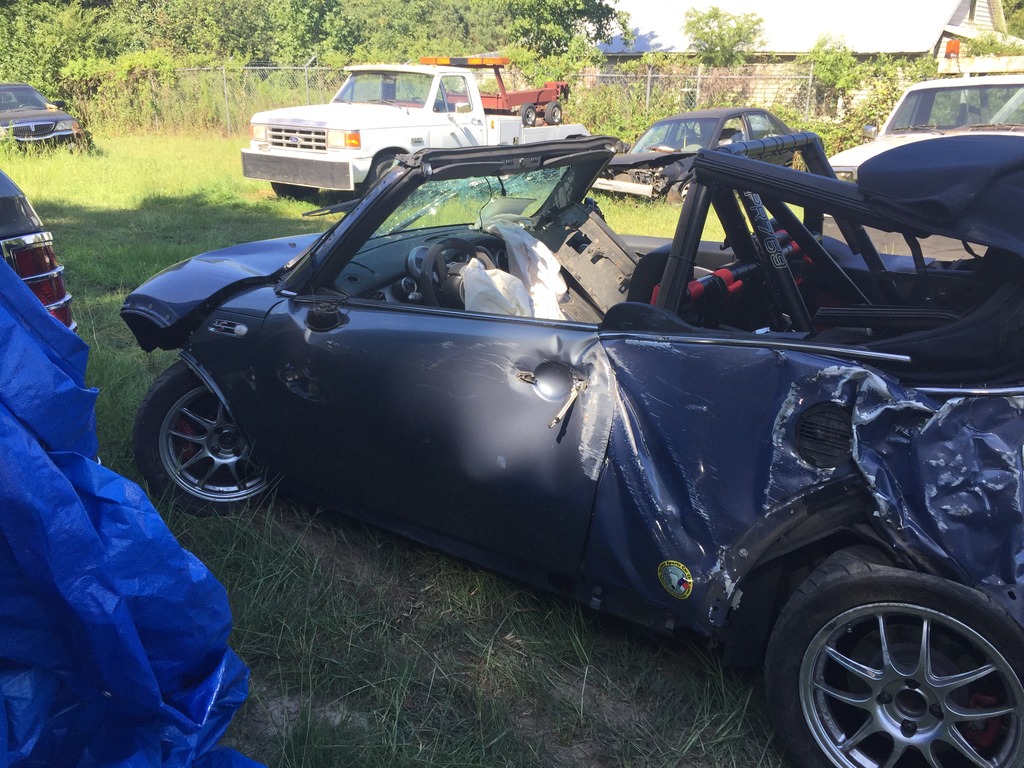 Every person who has seen the car has said the same thing: “That roll bar saved you”
That, and the harness, did their jobs. 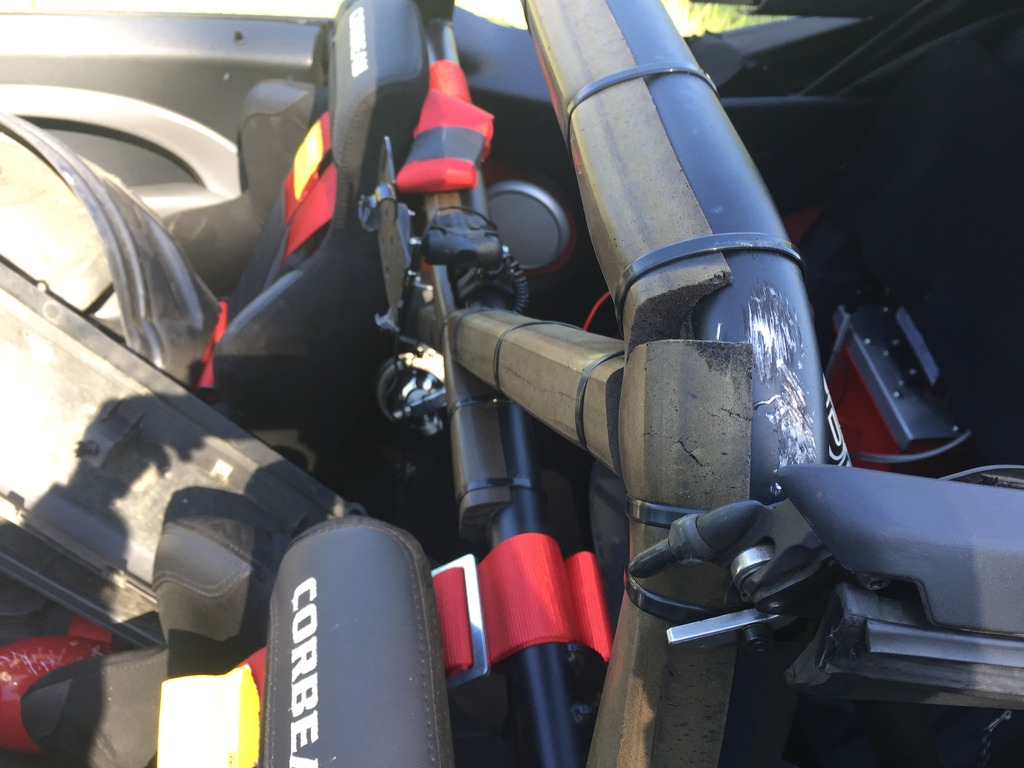 Might take a day or two to collect my thoughts, but I’m probably going to buy the car back from the insurance company, find another cabrio shell, and rebuild it. I’m getting good at that part. So just a temporary setback…