There won’t be room up front for a typical cooler when my monstrous front-mount Intercooler is installed (with the new TVS supercharger). So had to improvise. Found a nice Derale packaged unit with twin puller fans (Model 15845), that I could mount on the rear deck. Some lucky hose routing, drilled a couple of holes, and it all just came together. RMW oil cooler adapter plate, -10 AN hose and fittings, 190F thermostat for the fans.

Stock cooler, hoses removed. Looped back one coolant hose and secured with a hose clamp.

RMW adapter plate installed, with -10 AN fittings (-8 AN ORB into the plate) and longer M6 bolts. Be sure to use fresh seals behind the plate! 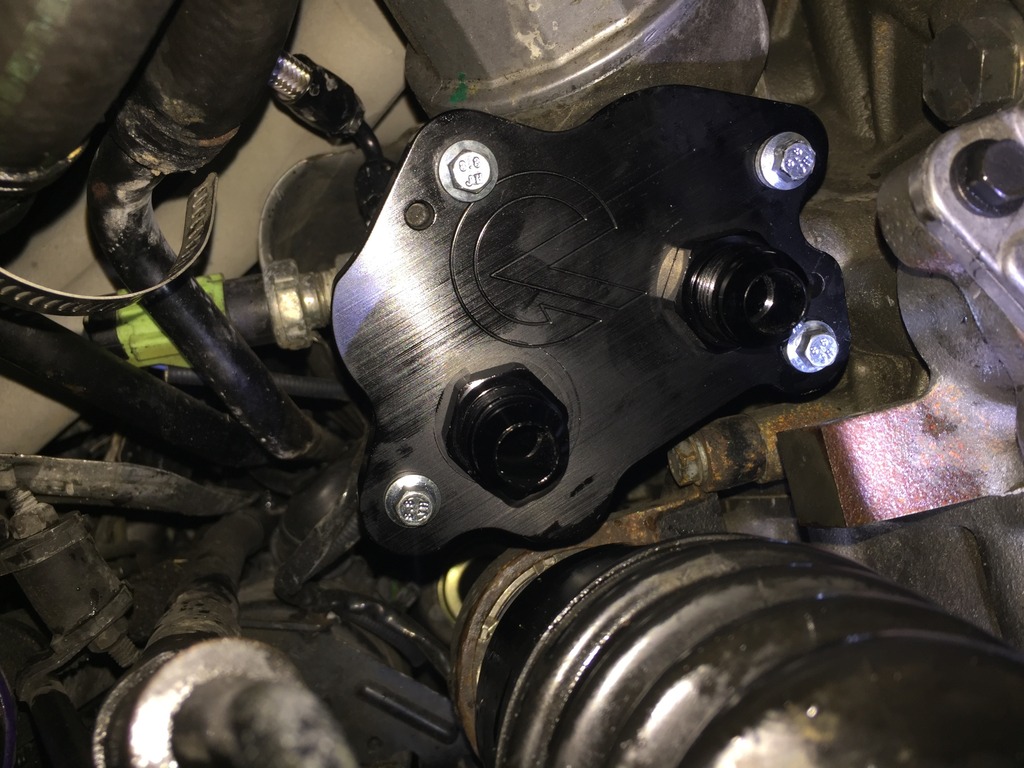 -10 AN hose, cuts like buttah with large Harbor Freight cable / hose cutters ($20). Use the polyester sheath hose, NOT the hose with the stainless sheath. Because if that stainless hose touches anything, it acts like a cheese grater, very quickly.

Installed 90deg ends and attached hoses. Since I’m going to the rear of the car, best routing for me was down the right side seam. Gets there between the tie rod boot and swaybar. Yes, there’s clearance… Barely. 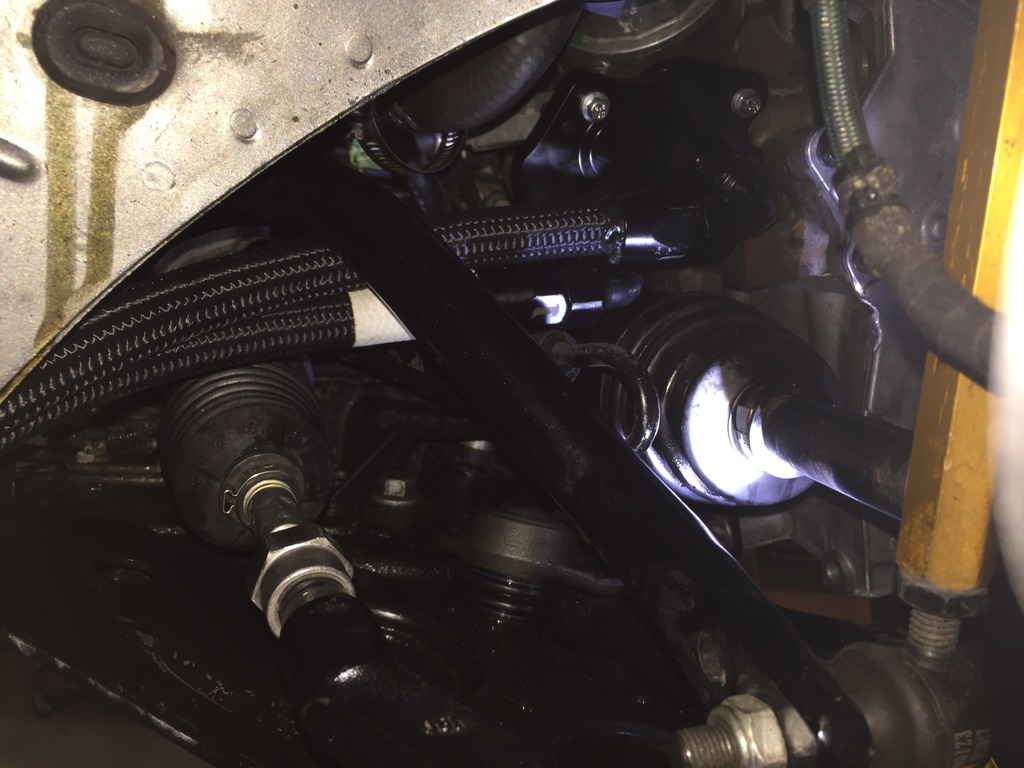 To the seam. There just happens to be an indentation in the floor pan there that is perfect for the hose to nest into. 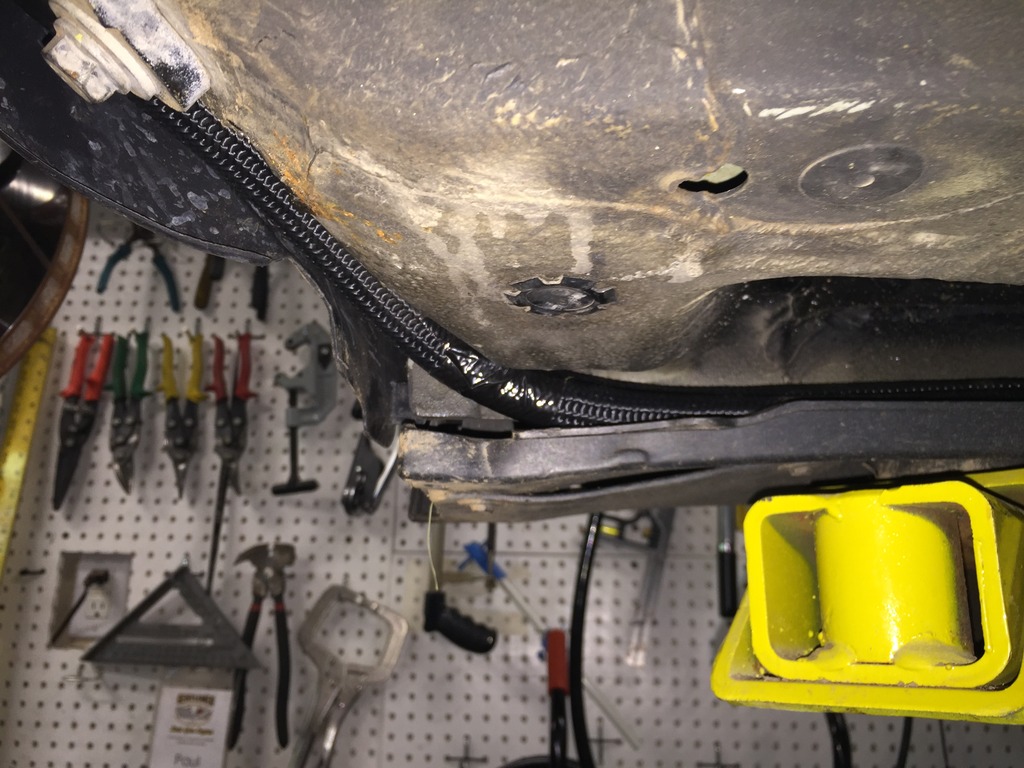 Took a while to decide on optimal routing into the rear compartment. Many times up and down on the lift, finally found a spot that would clear everything and be close to the corner. Held important stuff out of the way above and below, and carefully drilled holes. 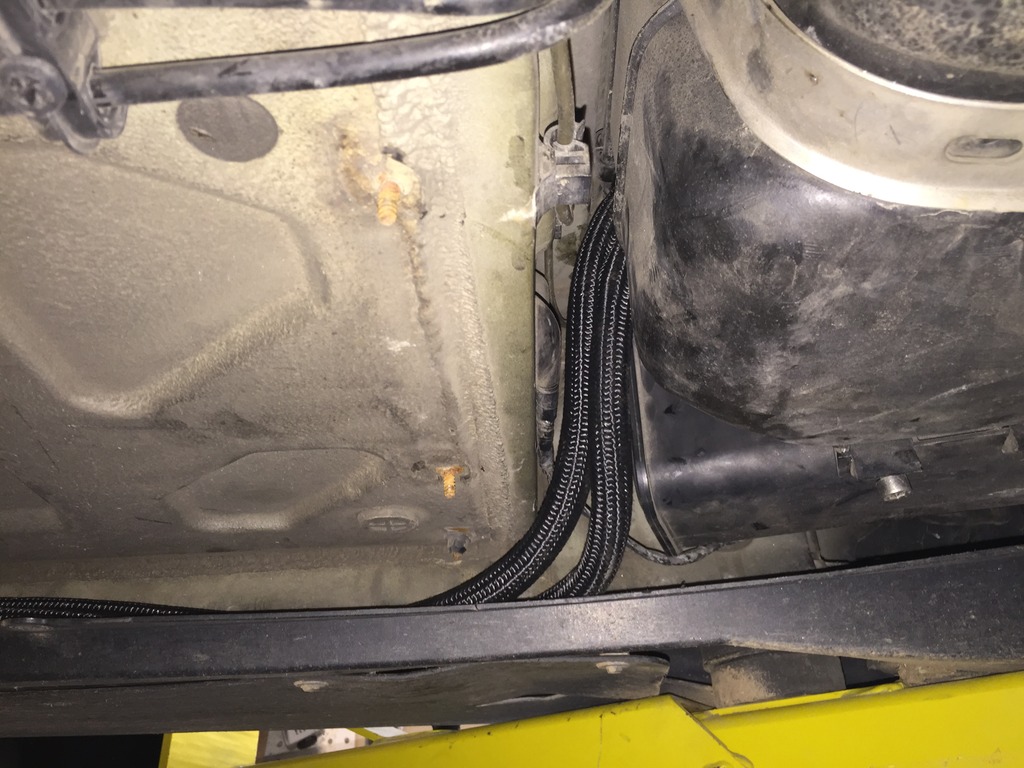 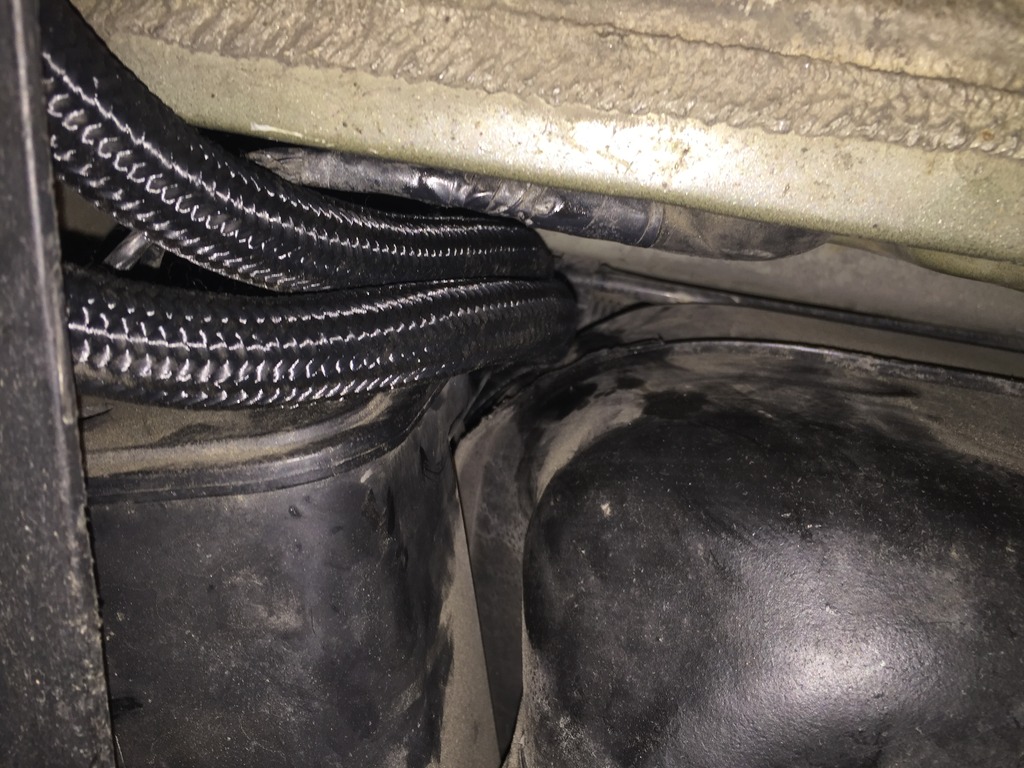 Use grommets so the body doesn’t cut the hose! 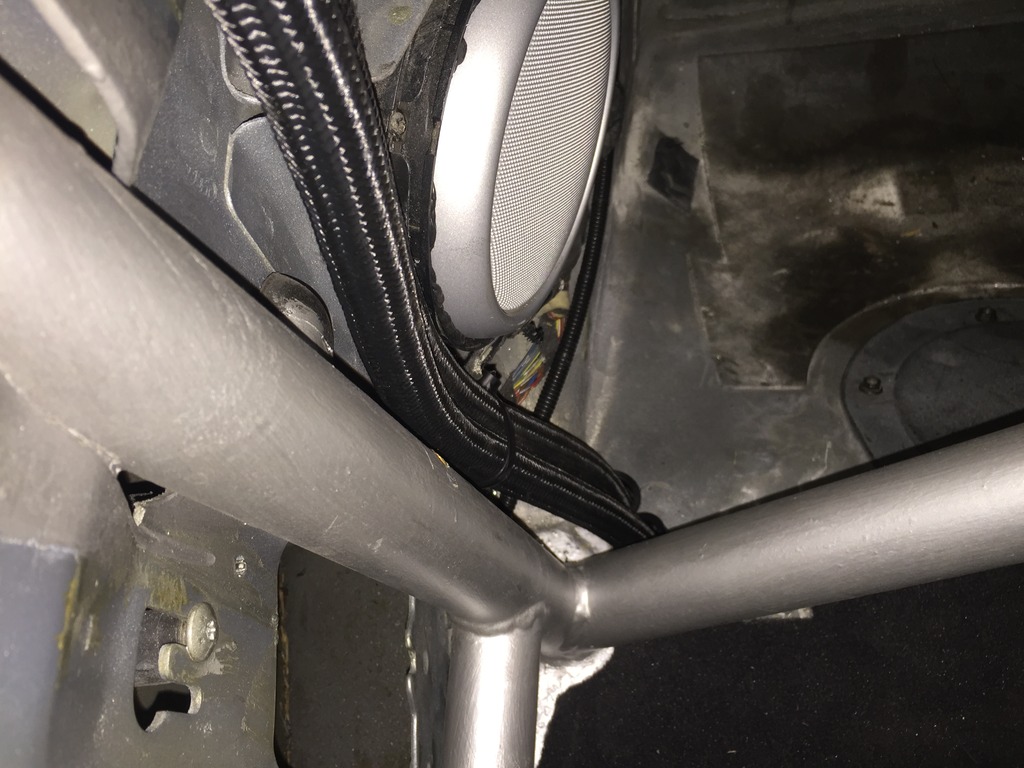 Measure, mark and cut hole in plywood deck. Taped it first, to protect the vinyl. 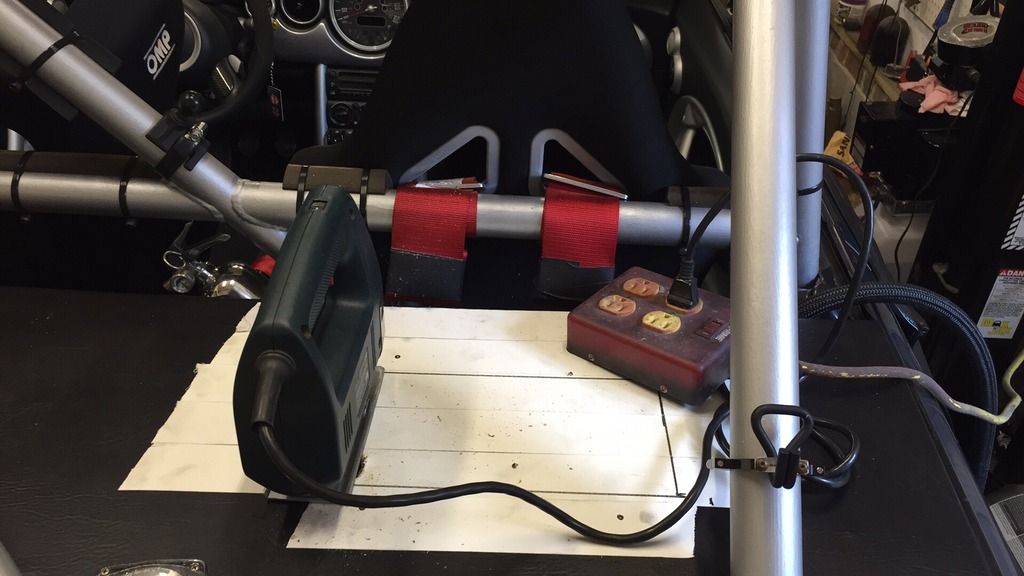 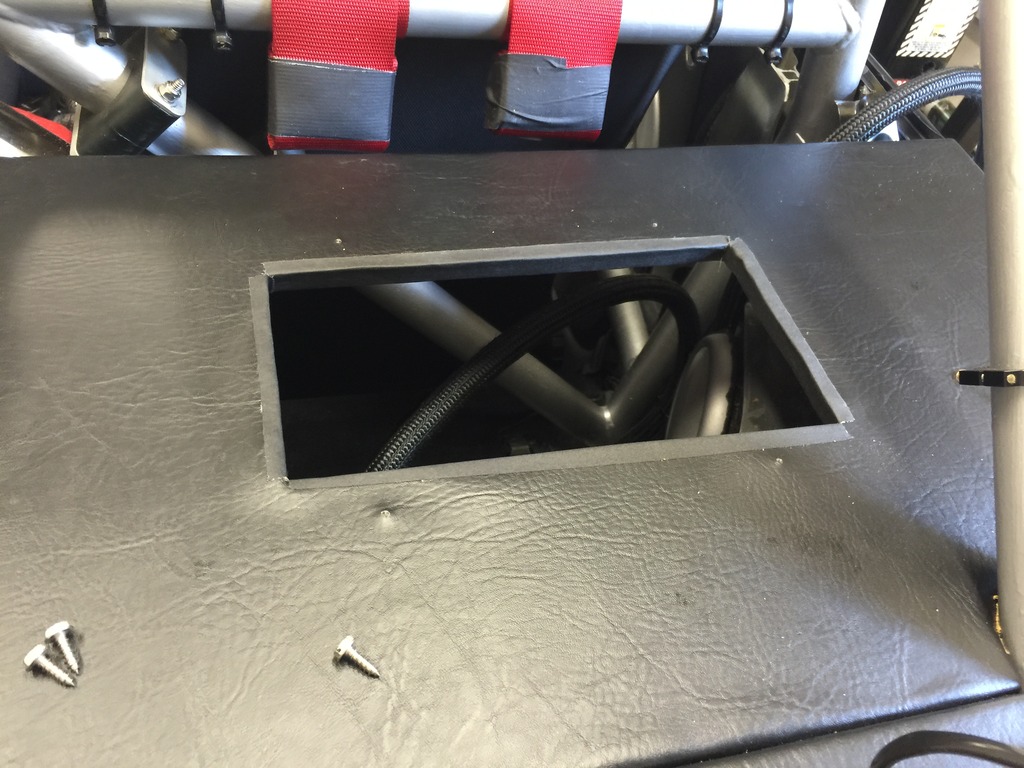 Attach ends and hoses, and wire it up! Switched power to the thermostat, then to the fans, 7.5A. 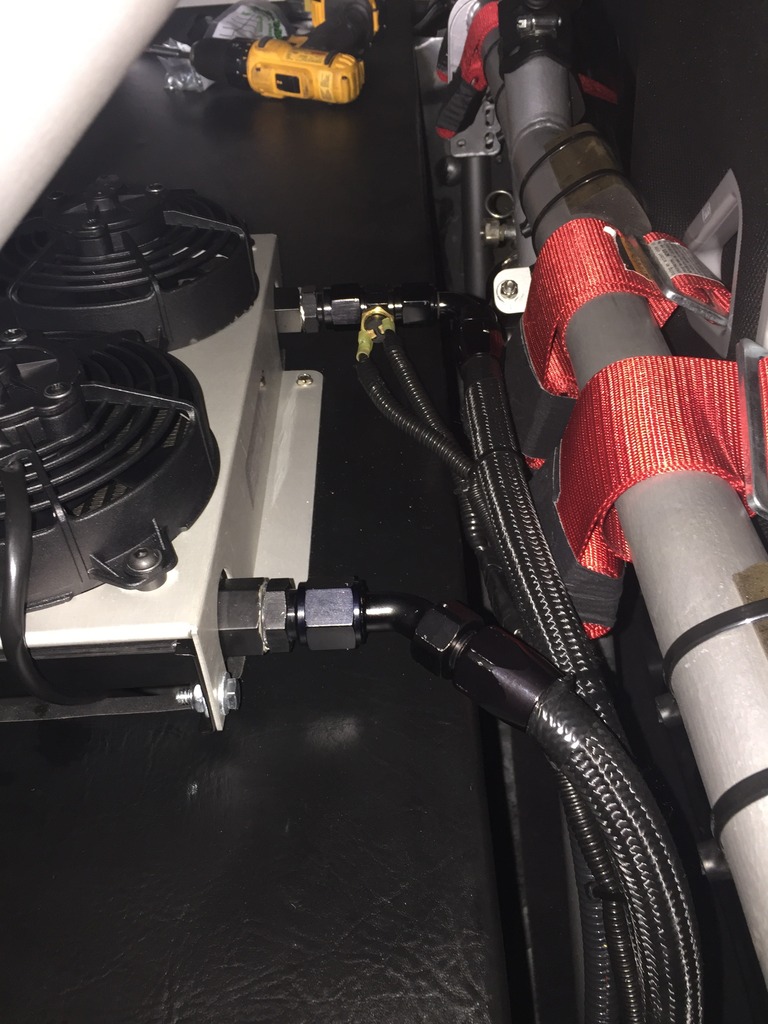 Tidy up all the wiring and hoses. 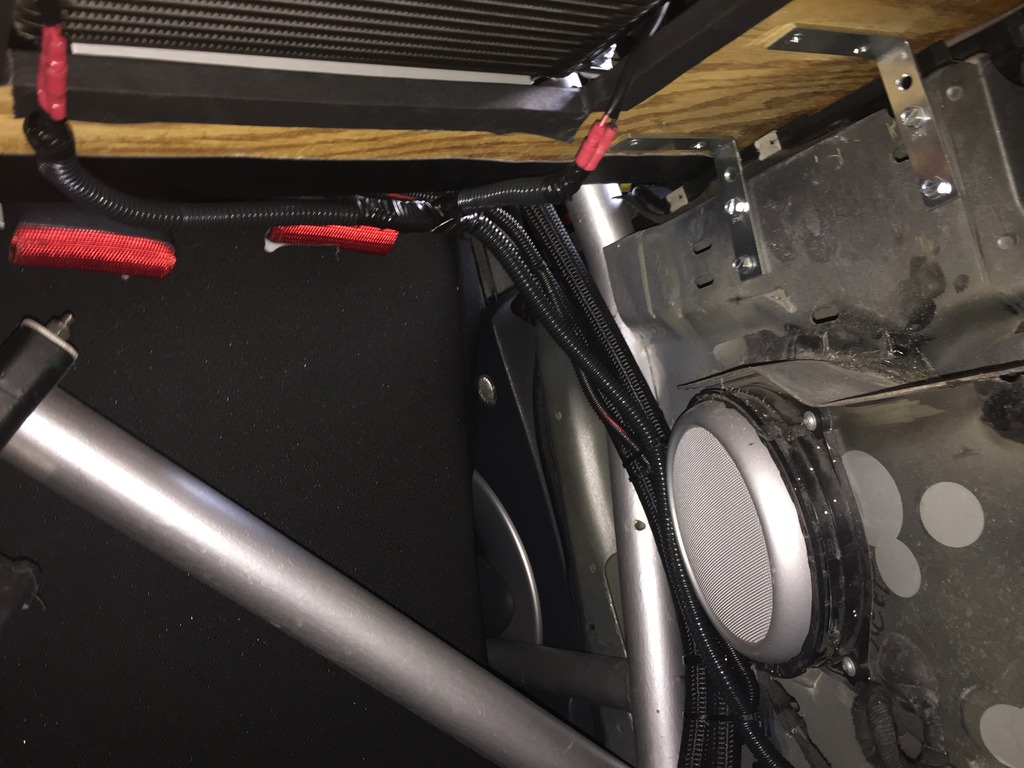 Replace the underbody panel, working the hoses into their final position, on top of the edge of the panel and up against the body seam, out of harm’s way. Nothing exposed underneath. 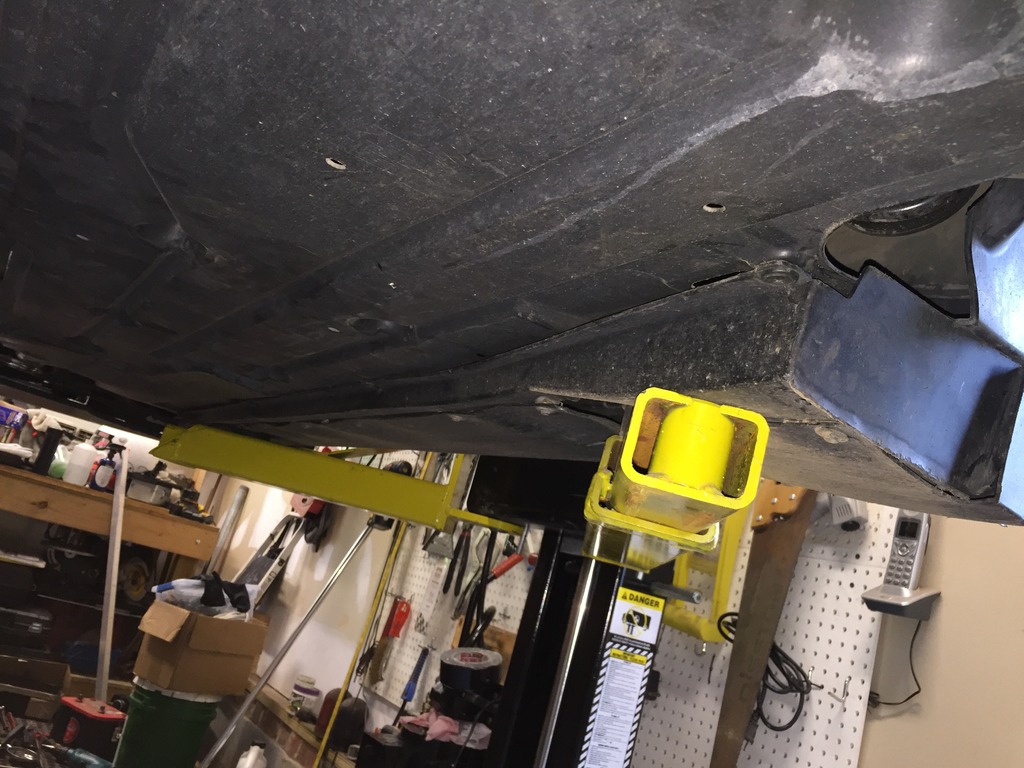 Worked in the garage test, fans cycle on and off as they should, no leaks. The fans exhaust an impressive amount of hot air when running. Will road test it today.