When I bought the OMP HTE-R XL halo seat, I thought I might also get an OMP WRC-R XL, which is basically the same seat with no halo. Then I could use that as the passenger seat on the track (for when I have an instructor), and swap them to drive in the WRC-R on the street.

But, after driving around for several days on the street in the halo seat, I decided that I LOVE it. And the halo is really no big deal on the street, given that the car is definitely not a daily driver.

And this probably won’t pass tech inspection at the track… 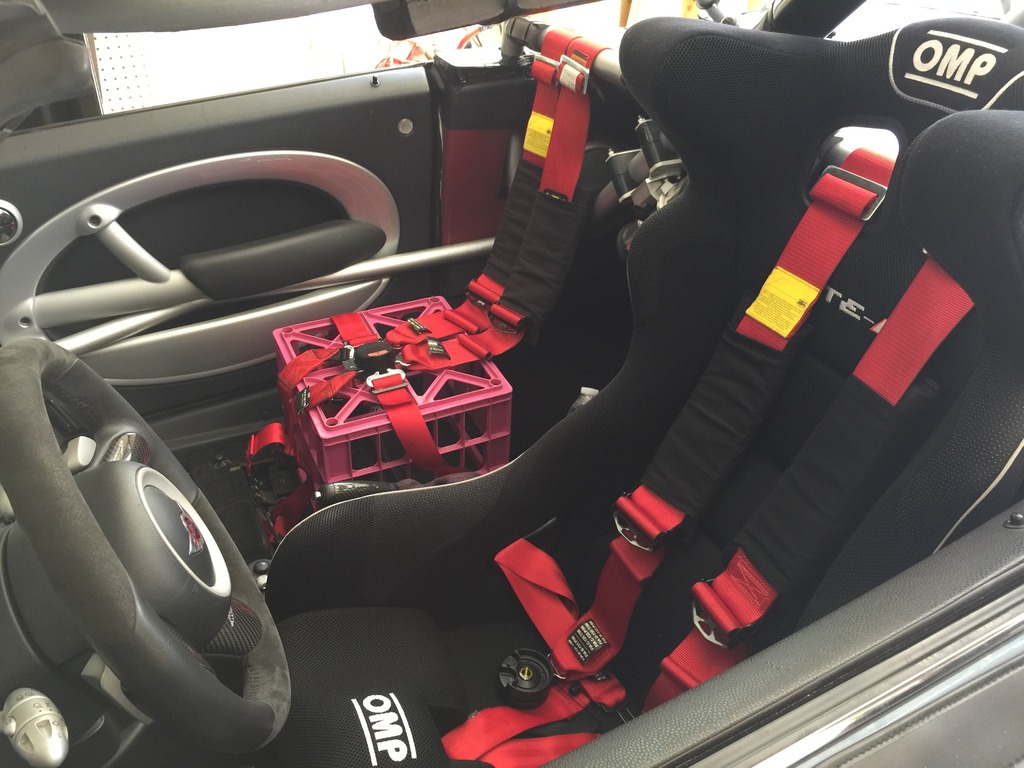 Then I stumbled upon the OMP “Style” tuner seat. A nice, affordable, high back, supportive, reclining tuner seat, that compliments the race seat, and will fit more body type / size passengers than any bucket seat. And is 6-point harness ready. Sold.

Ordered last week from RacingSeatsUSA.com, and it arrived today. 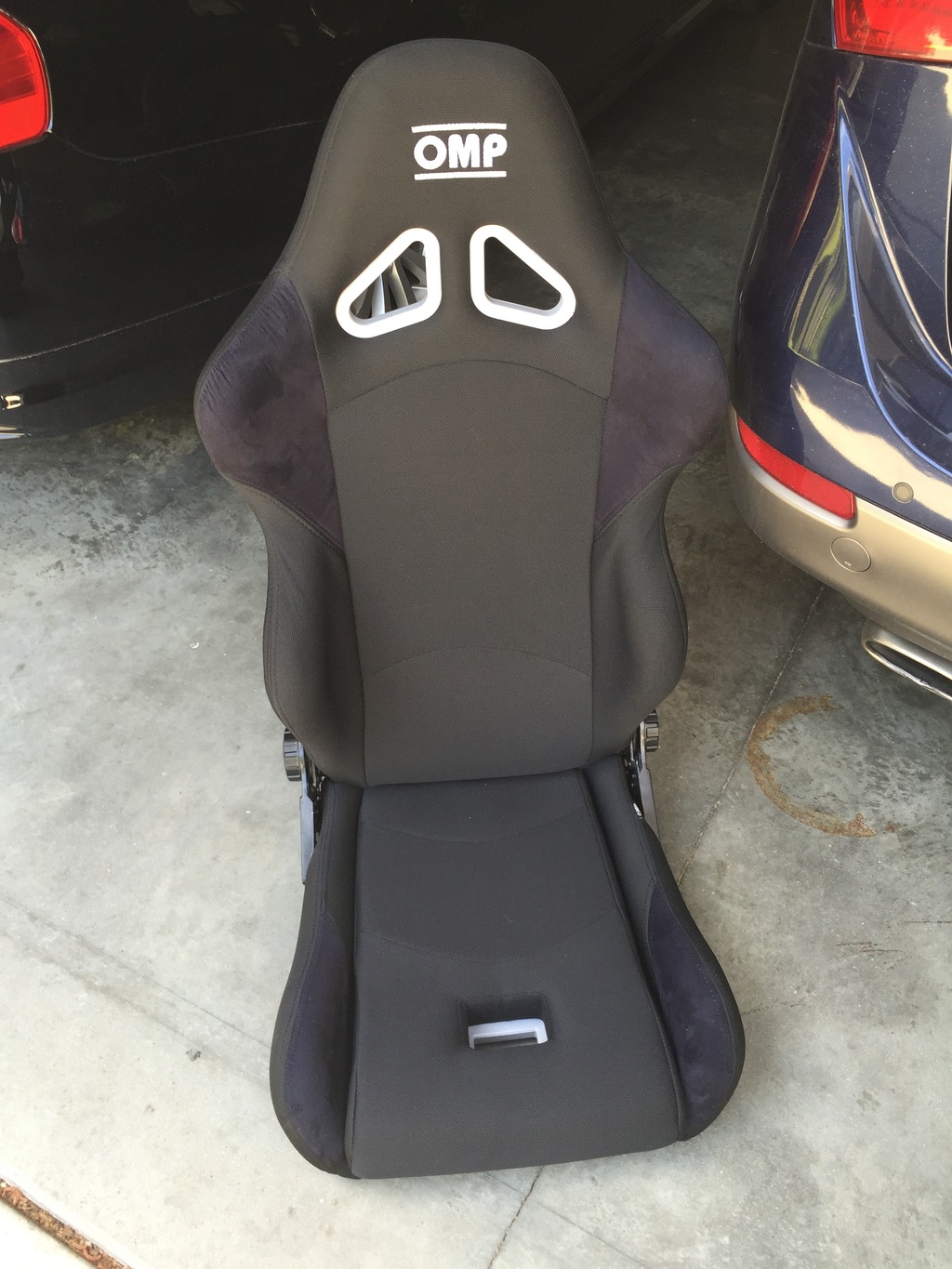 These are REALLY nice. Not as “cushy” as my Corbeaus, but plenty comfortable. A nice combination of “airtec” fabric and microsuede. Looks pretty. Micro-adjustable reclining mechanism. Integral slots for shoulder harnesses and anti-submarine belt(s). Tubular steel frame, much lighter than an OEM seat. Made in China, but nice.

I decided to rob the OEM sliders off my original Blimey cabrio passenger seat. Just had to fab some simple brackets to attach the seat to the sliders, and to raise it up and tilt it a bit. Made these from a couple of 3/16″ steel straps from the hardware store, cut, bent and drilled to mate the seat bolt arrangement to the sliders. Worked great, first try. 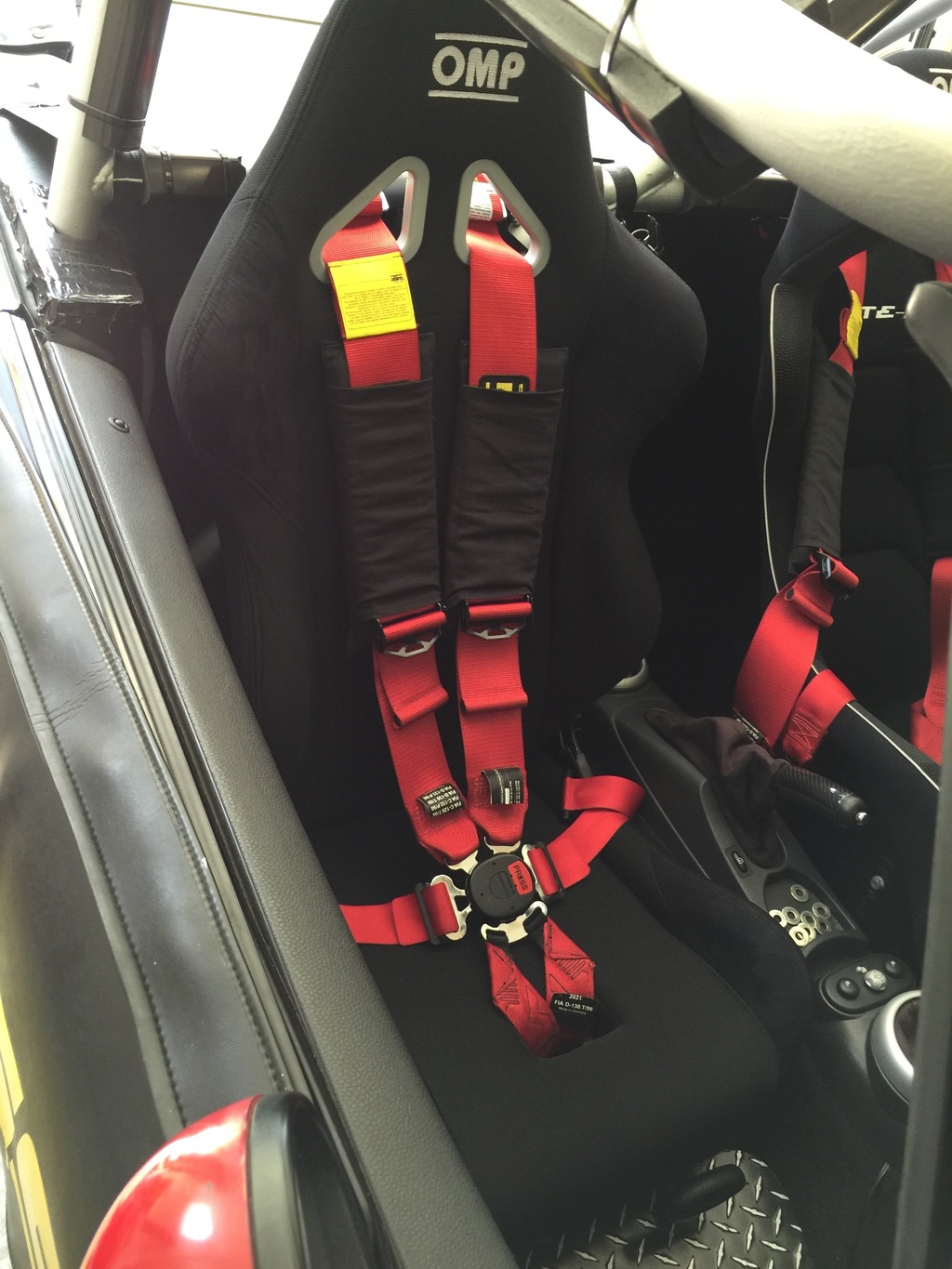 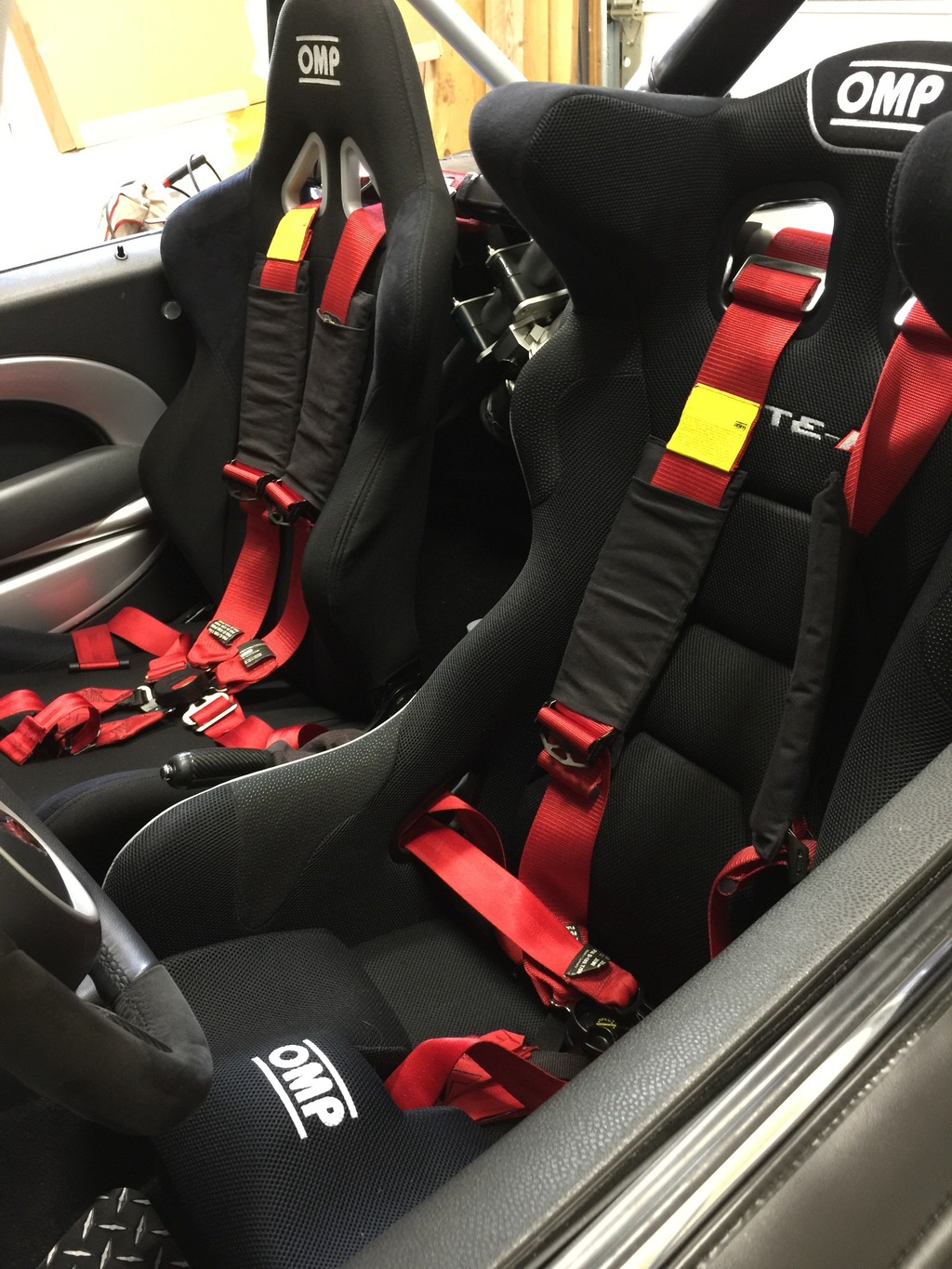 I think the pair looks fantastic. Now I can sell the Corbeaus. I think I already have a buyer lined up…