This morning, got the windshield trim and wipers back on. Good to go.

One thing I noticed, is that something about the lines on this car make the windshield look more sloped (to me) than what I remember the old car looking like. I know it isn’t, just a visual thing. 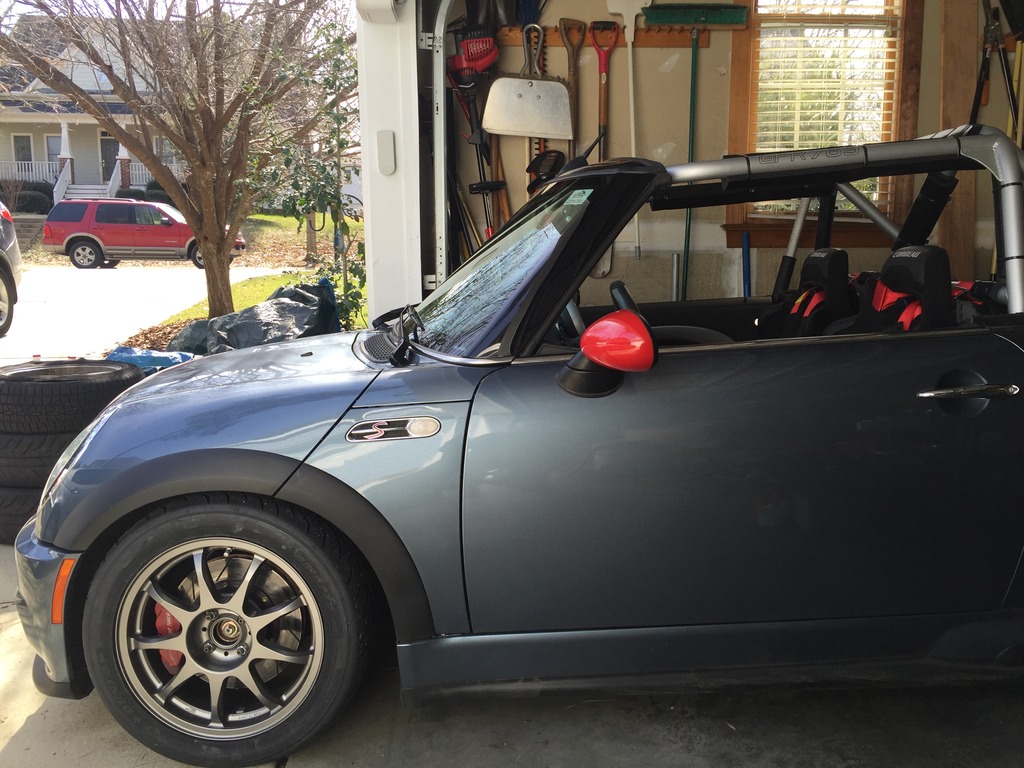 Spent the rest of the day organizing the garage, making space to move over stuff from the OTHER garage, so I can sort all that.

First, hung up my 12 wheel dollies. Because that’s how many it takes when you have three non-running MINIs to push around. 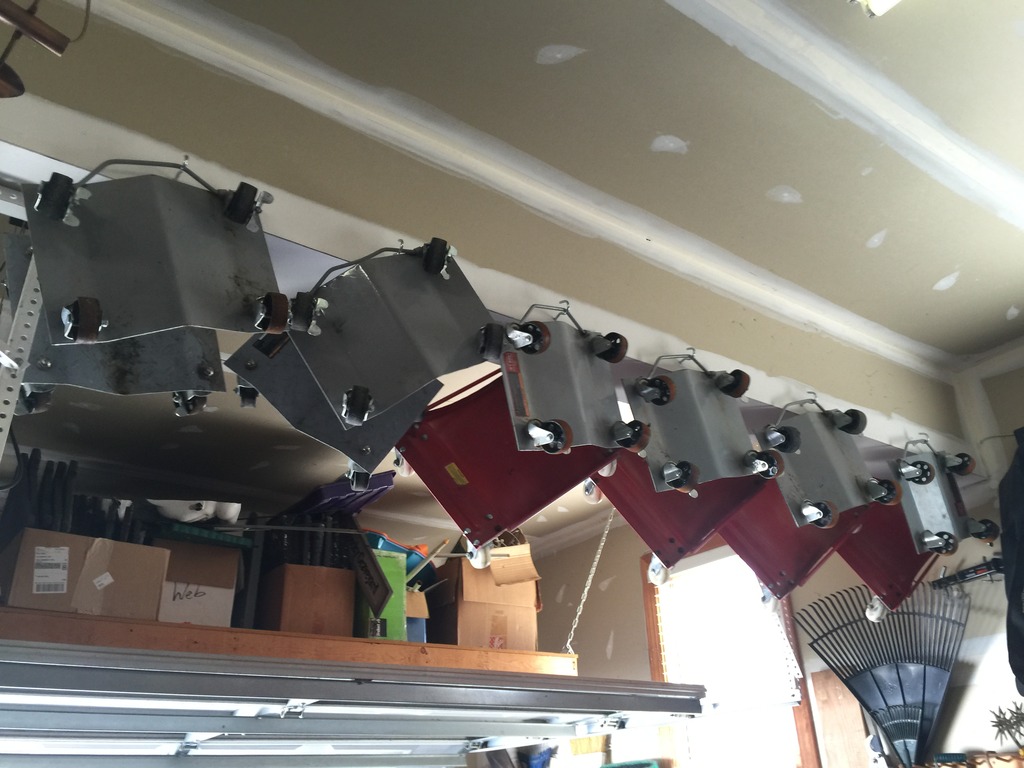 While standing on the 8ft ladder, I happened to glance down and realized this was a pretty cool view. So I took a pic. 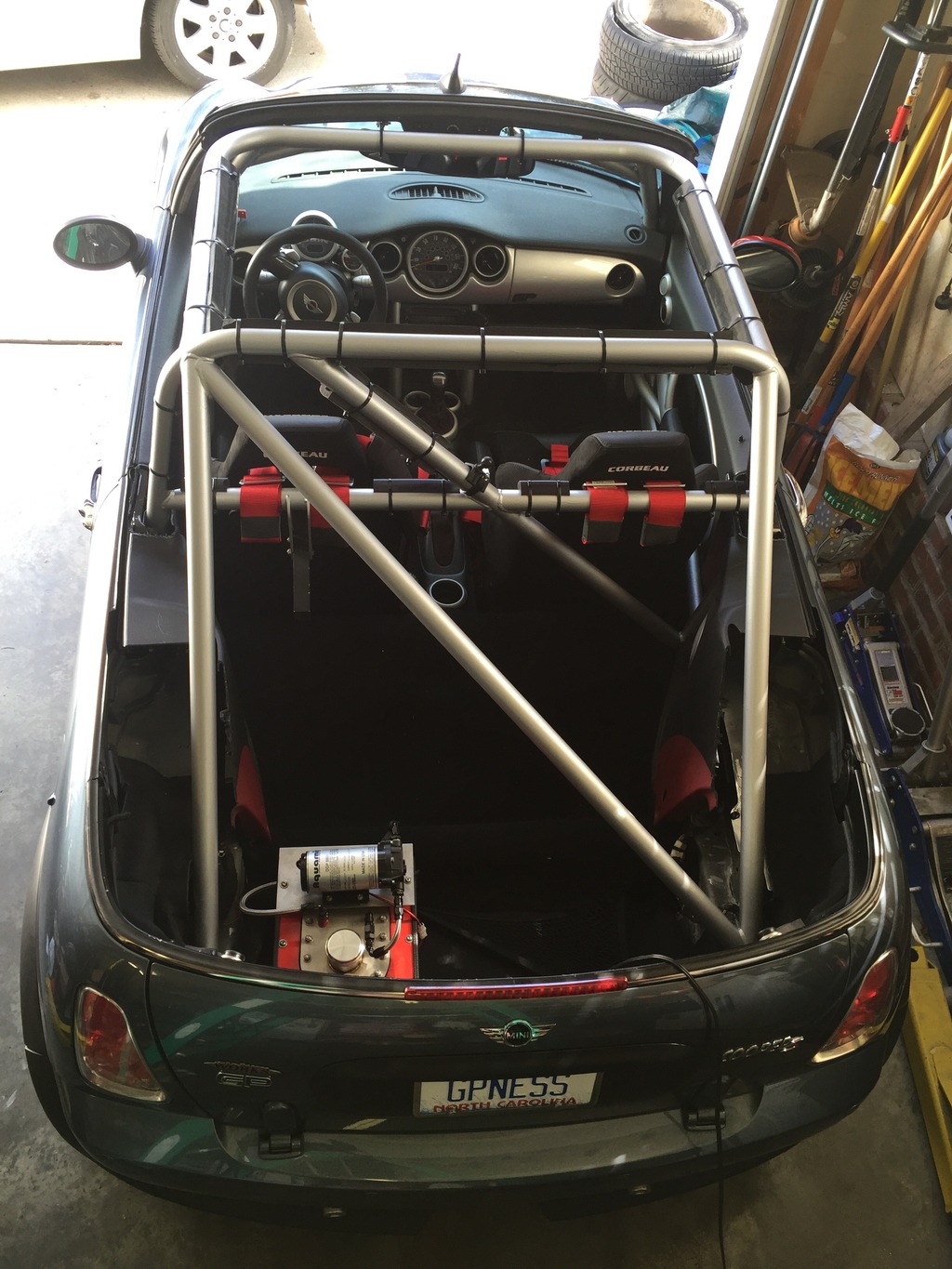 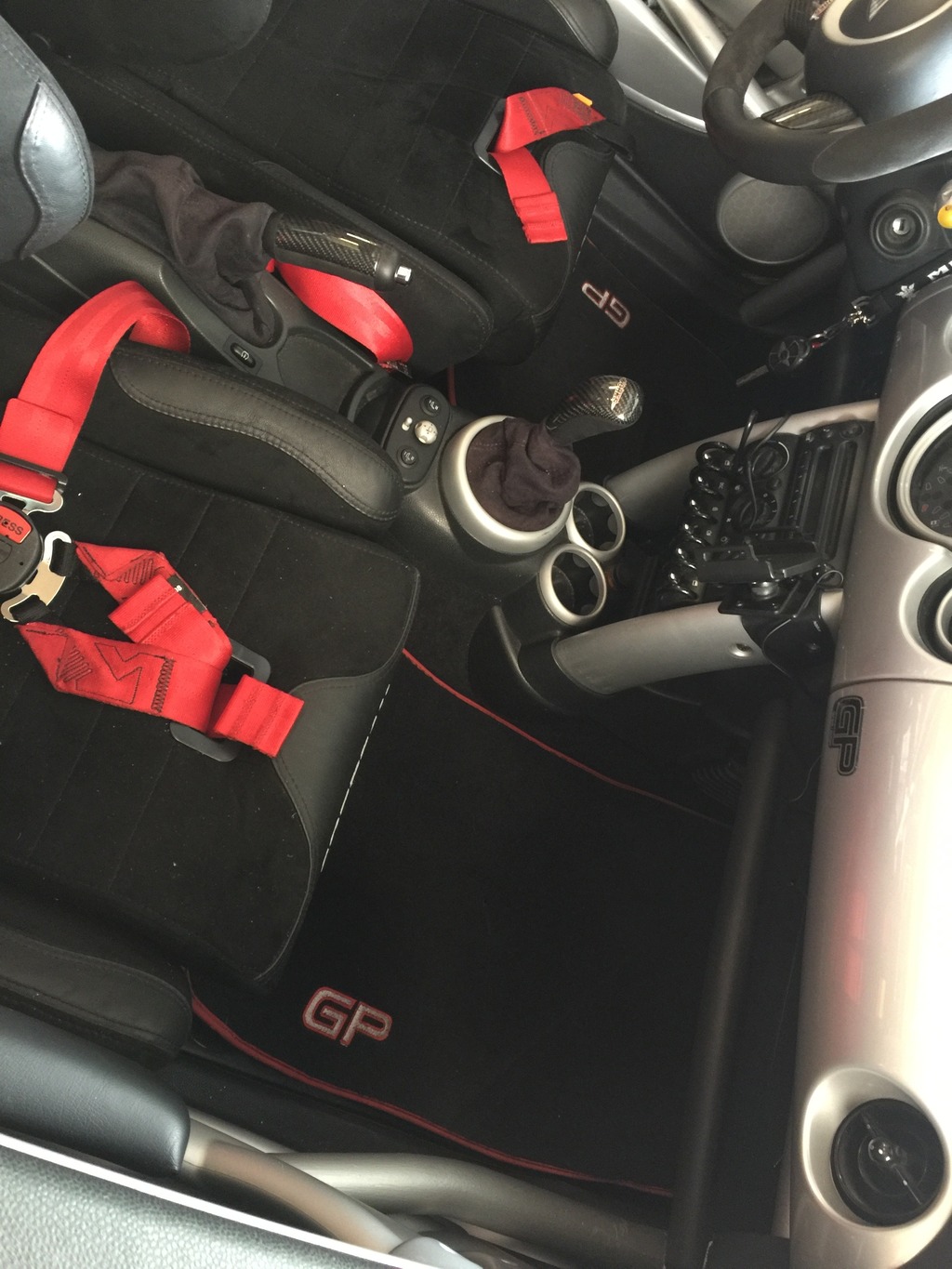 Found another treasure that Stephen at eMINIparts.com had included in a parts box, at some point. 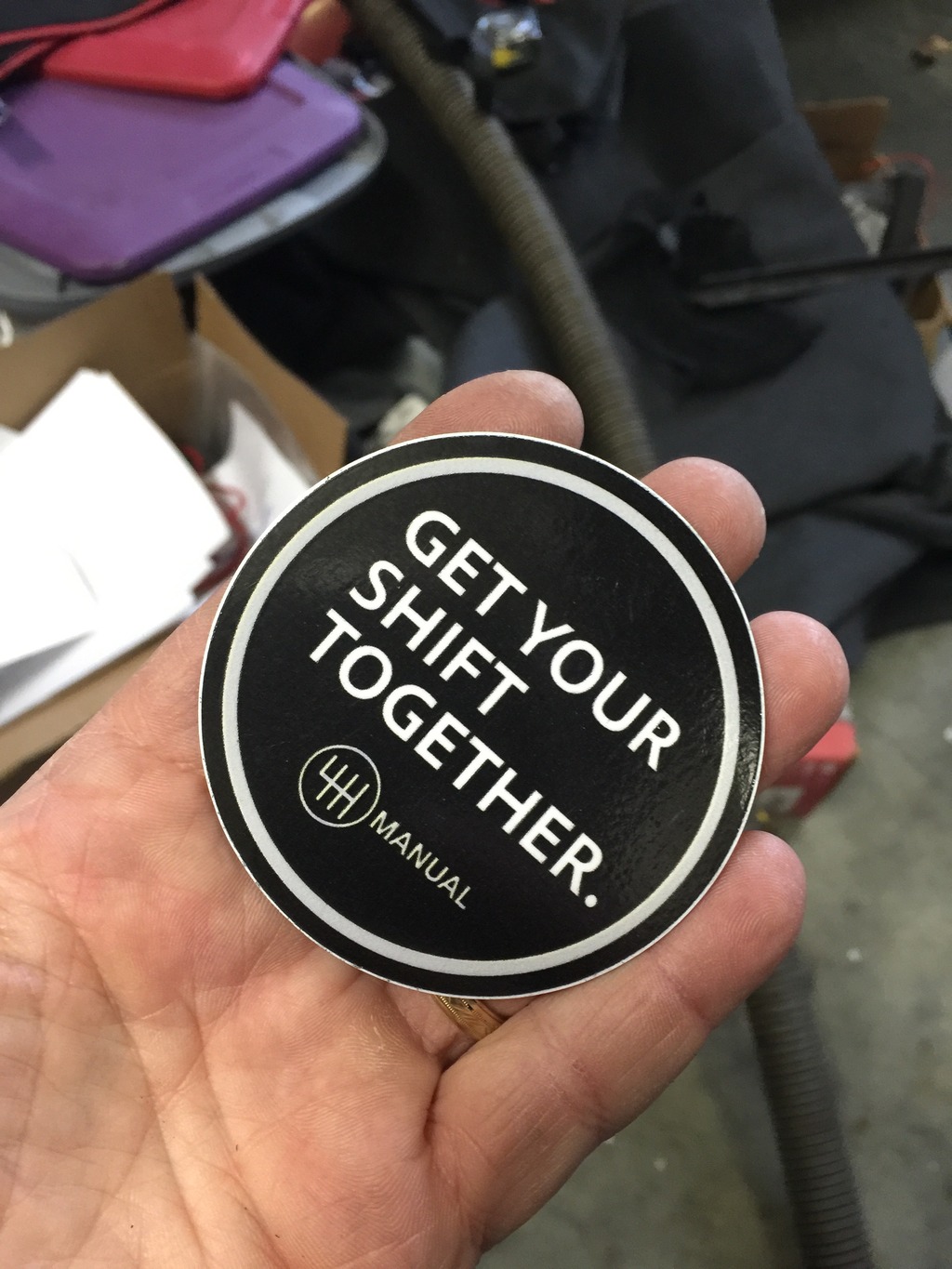 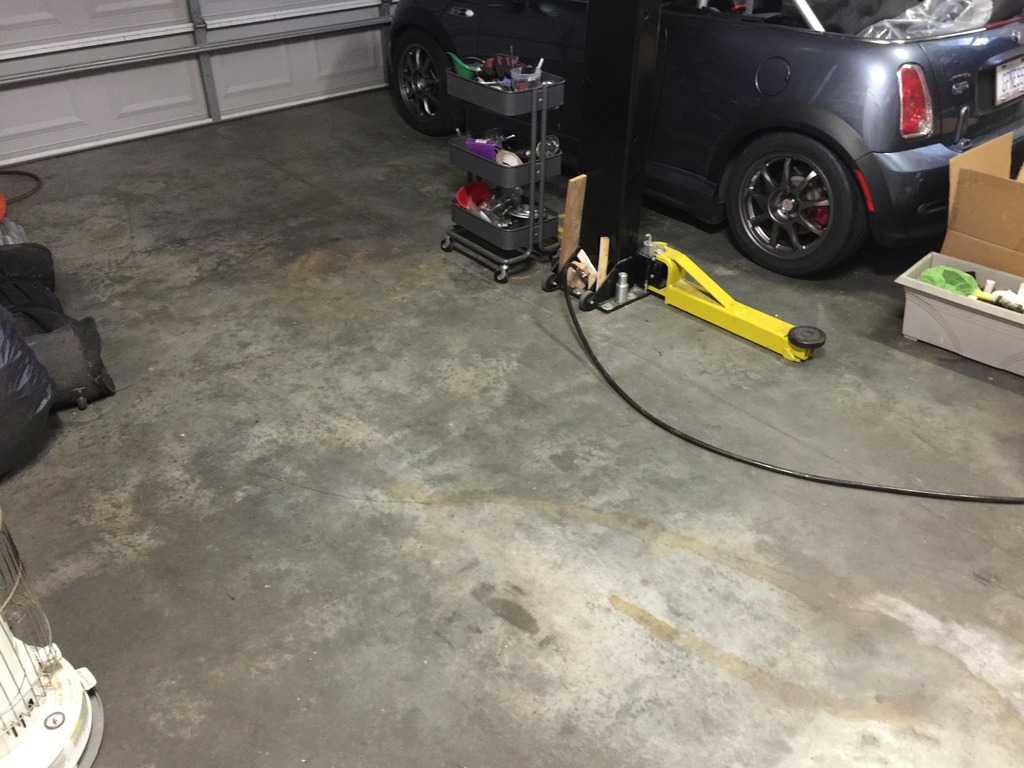 Of course, it had to go somewhere… 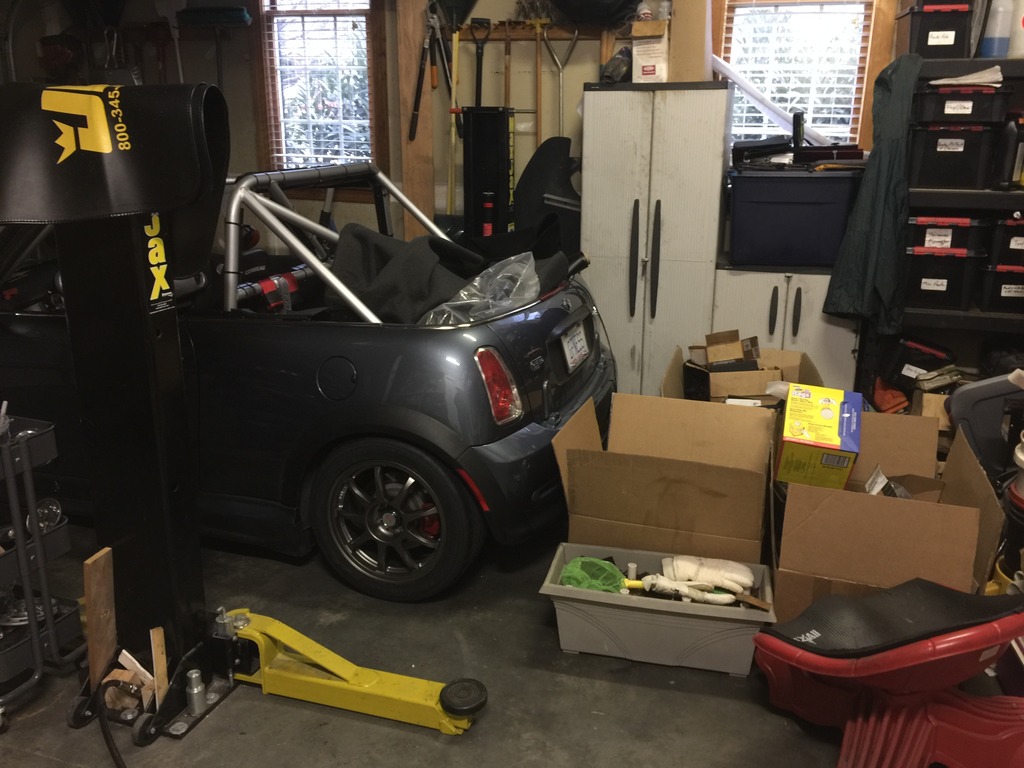 But at least all the stuff in those boxes is sorted and ready to do something with, now.

This week, when I’m not working, I may play around with prototyping a tonneau cover for the rear… stay tuned…