Sunday, I went for a spectacular drive. Car was fantastic. And looked fantastic. 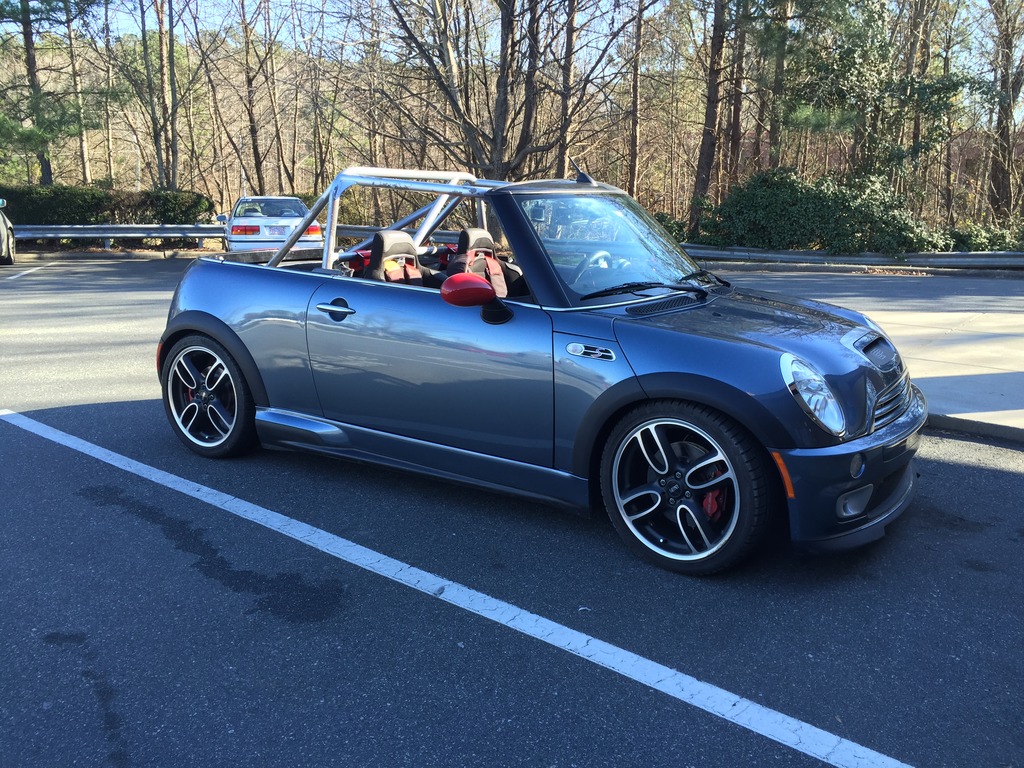 Remember, the last time I built a car, the new motor was in it for THREE DAYS before I tore it up.

Well, we have a new record. ONE DAY. 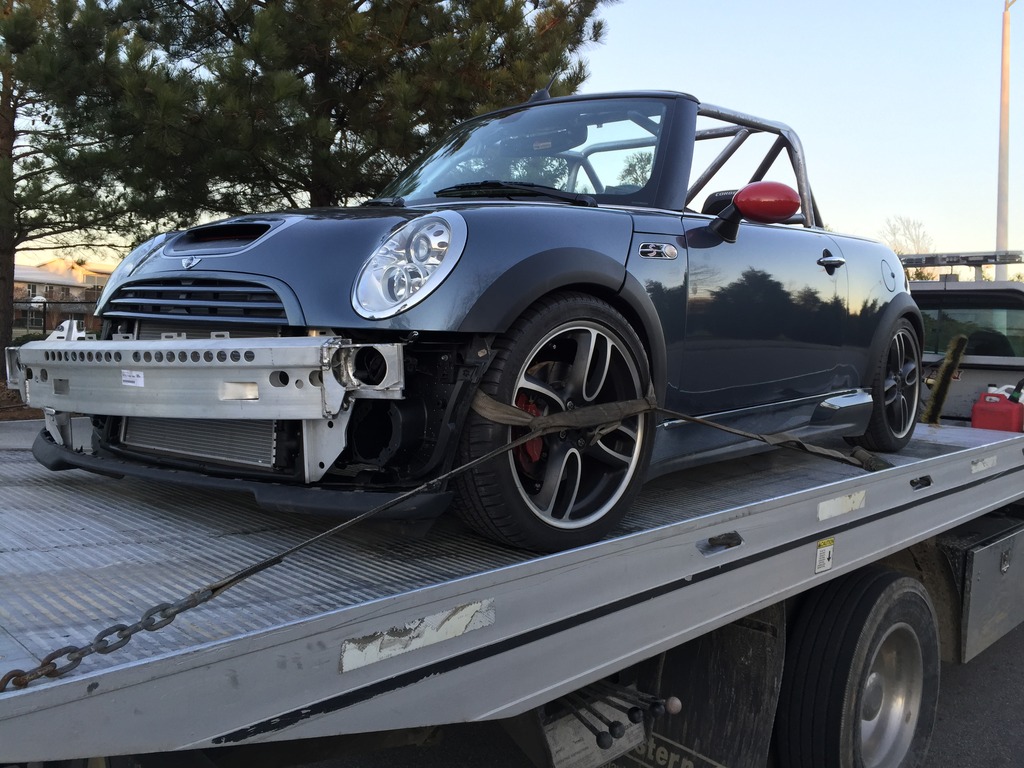 Greek Tragedy of Epic Fail. Short version, do not attempt to pull your car by the tow hook if the crush tubes aren’t installed to support the bumper frame. I already knew that. But now it’s been reinforced a bit. 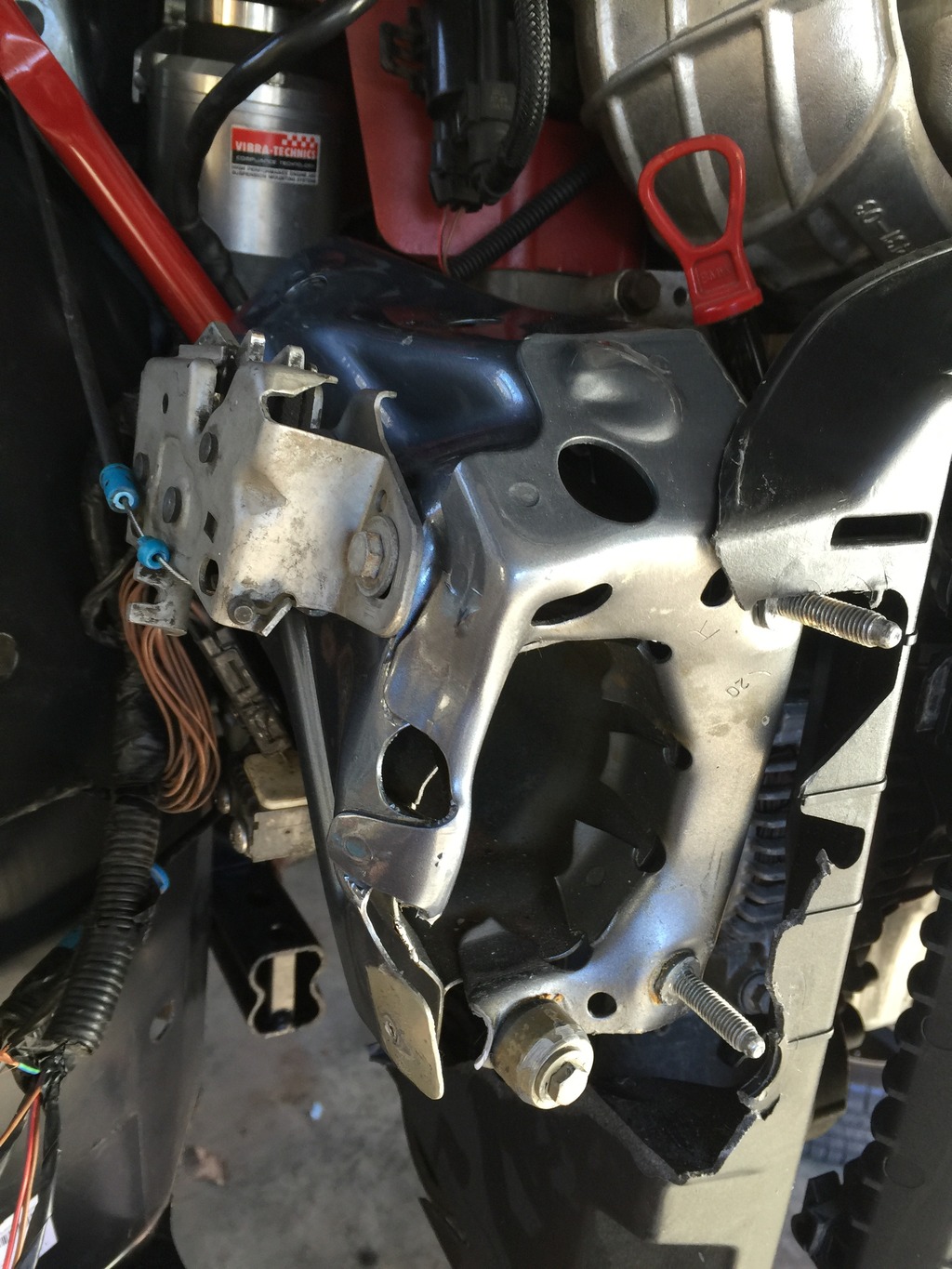 Anyway, after going home, drinking a beer, and curling up in a fetal position to sleep it off, I got up the next day and pretty much fixed it. Or at least got it drivable again. 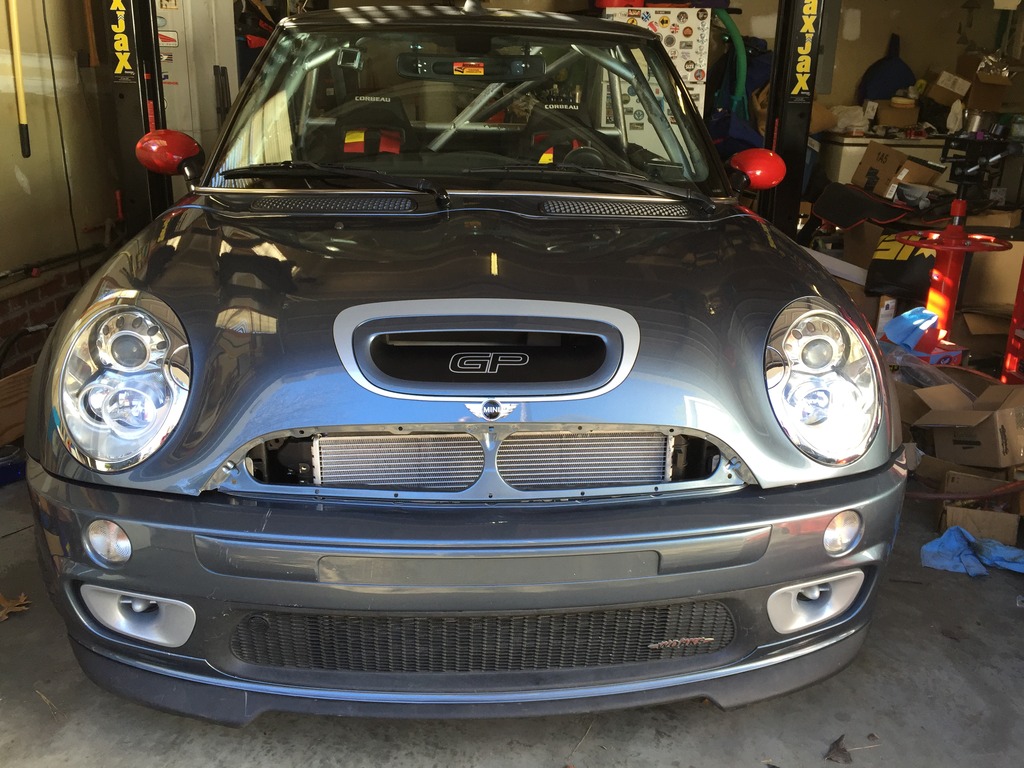 It looks meaner that way, anyway. I have the grilles back on it now, and from 30 feet away, you don’t notice anything. Only flesh wounds, replacement parts are already purchased, I’ll get the paint and body fixed in January and it’ll be good as new.

Just a speed bump in the build. And builds character, or something.

I chose to re-use the original bumper frame from GP0769 (MOAR GPness) and, at Art’s request, wrote a little epitaph on it. 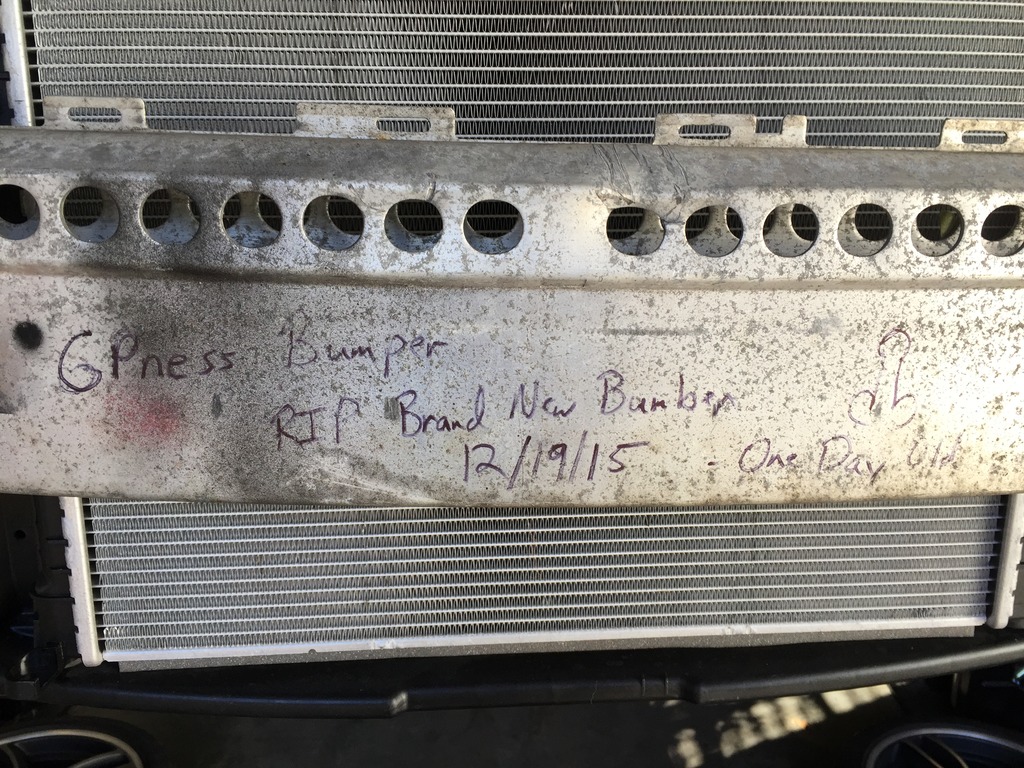 My RMW front mount intercooler for the TVS system arrived direct from Bell. Being in an, uh, INTERESTING mood, I had my daughter snap a pic. 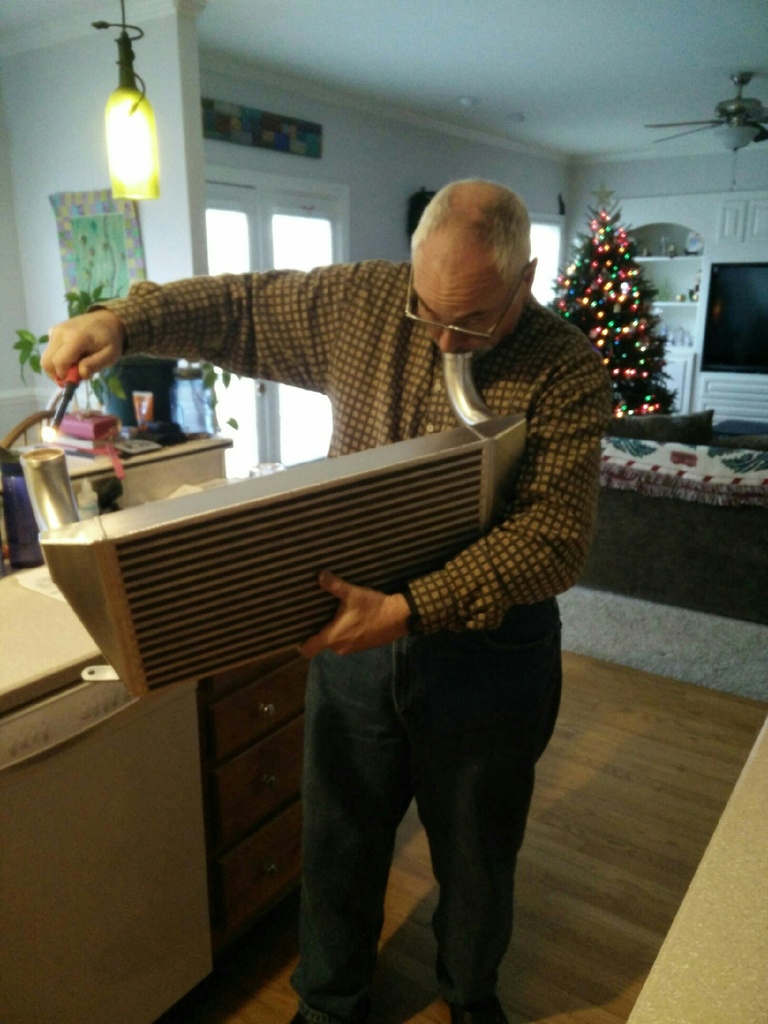 Bluetooth kit arrived, so I installed it. Now the CDless GPness haz bluetooth. 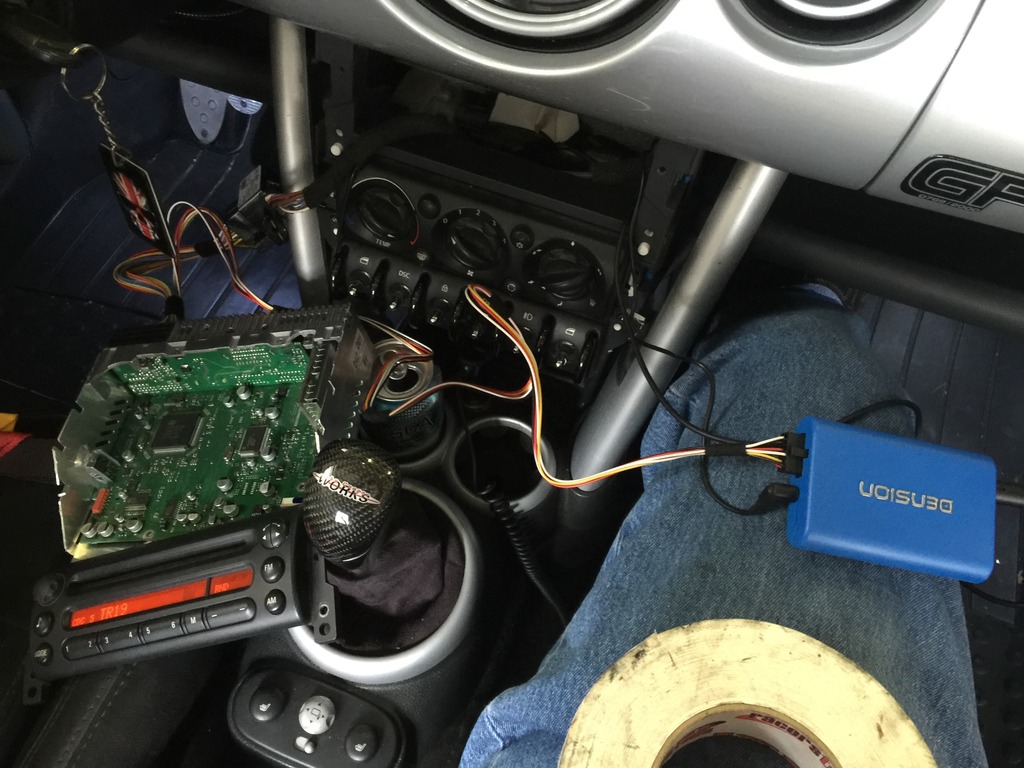 Radio is all back together and looks totally stock. 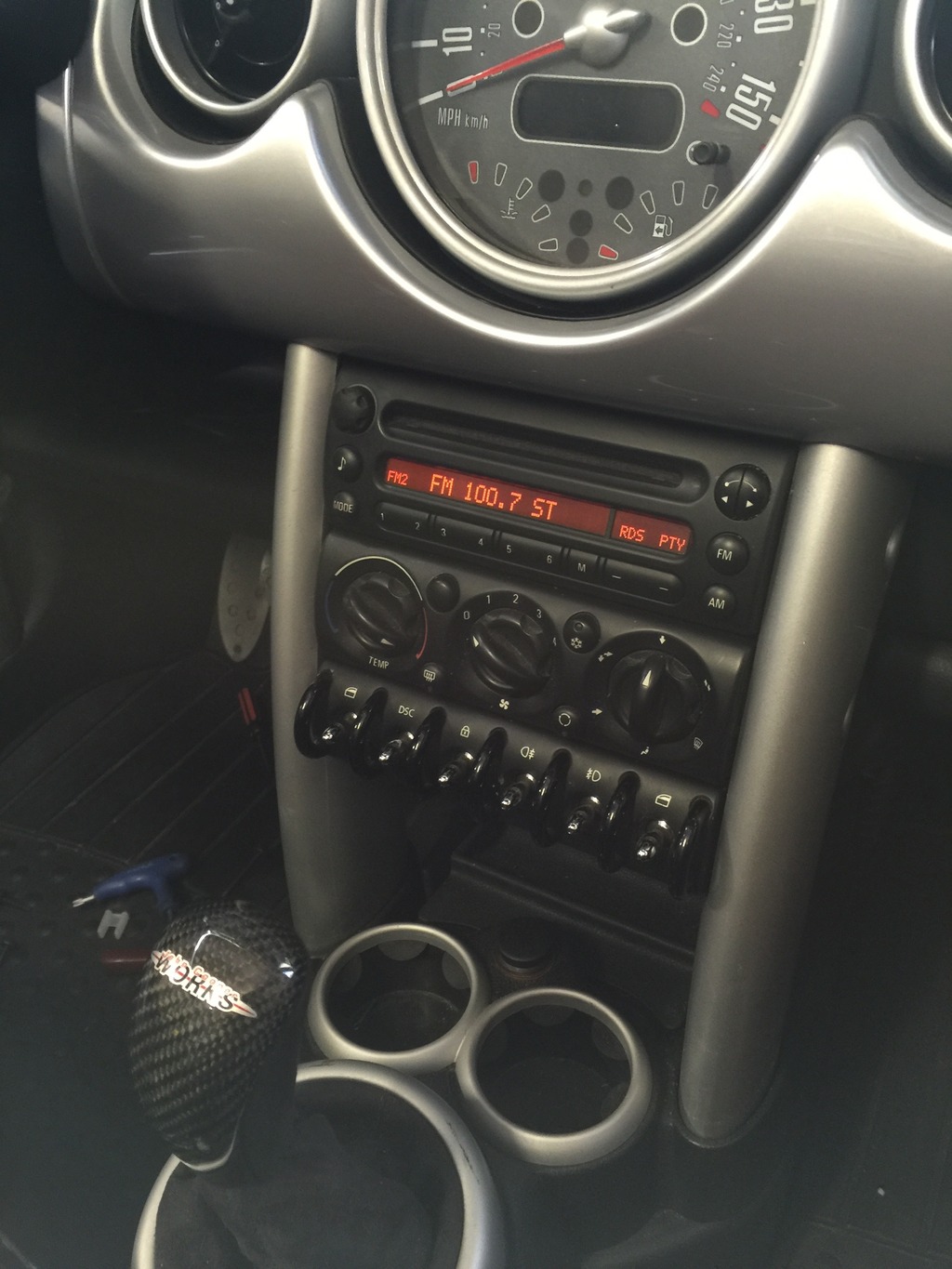 Fixed the fubar passenger seat slider, and also wired my driver’s seat heater. Not possible to control it with the OEM button, the circuit is very different, but it IS wired into the proper switched and fused seat heater circuit. I’ll find the OEM GP mirror control pod and add the new heater button to that. I think it’s at the bottom of my parts mountain.

Good news is, I drove the car enough to get all the OBD emissions stuff “green”. So the car is ready to pass inspection, whenever I can get all the paperwork issues resolved. 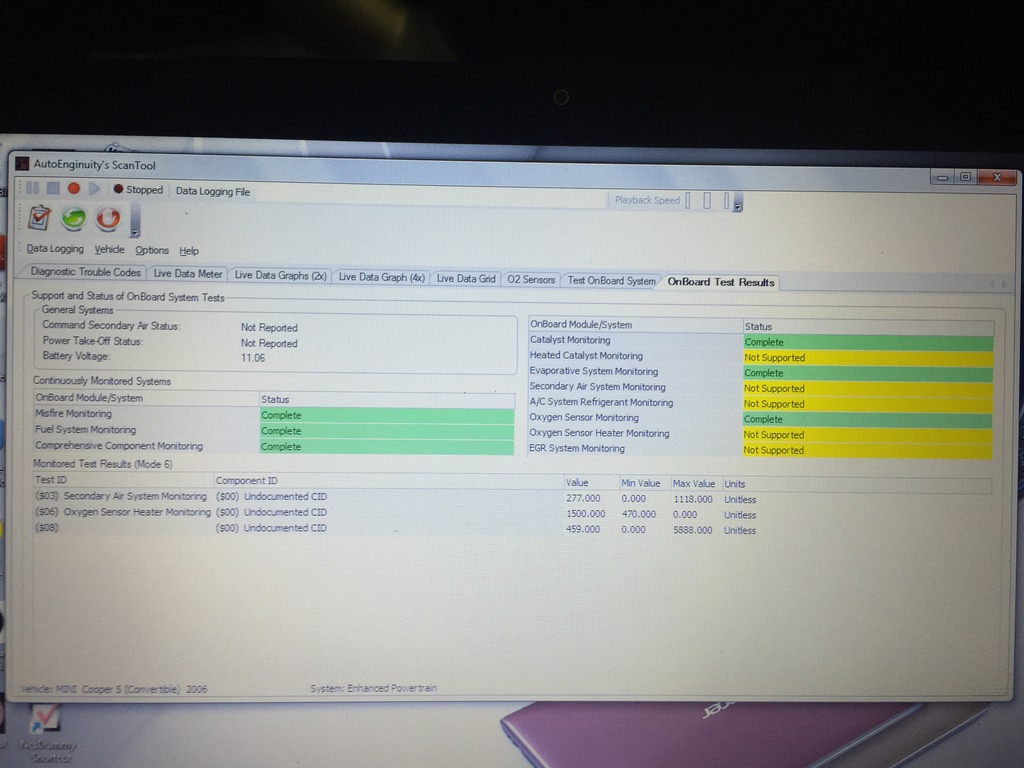 Today, decided to install the GP underbody panels. Figured out how to mod them to coexist with the cabrio subframe (which is different). Done. 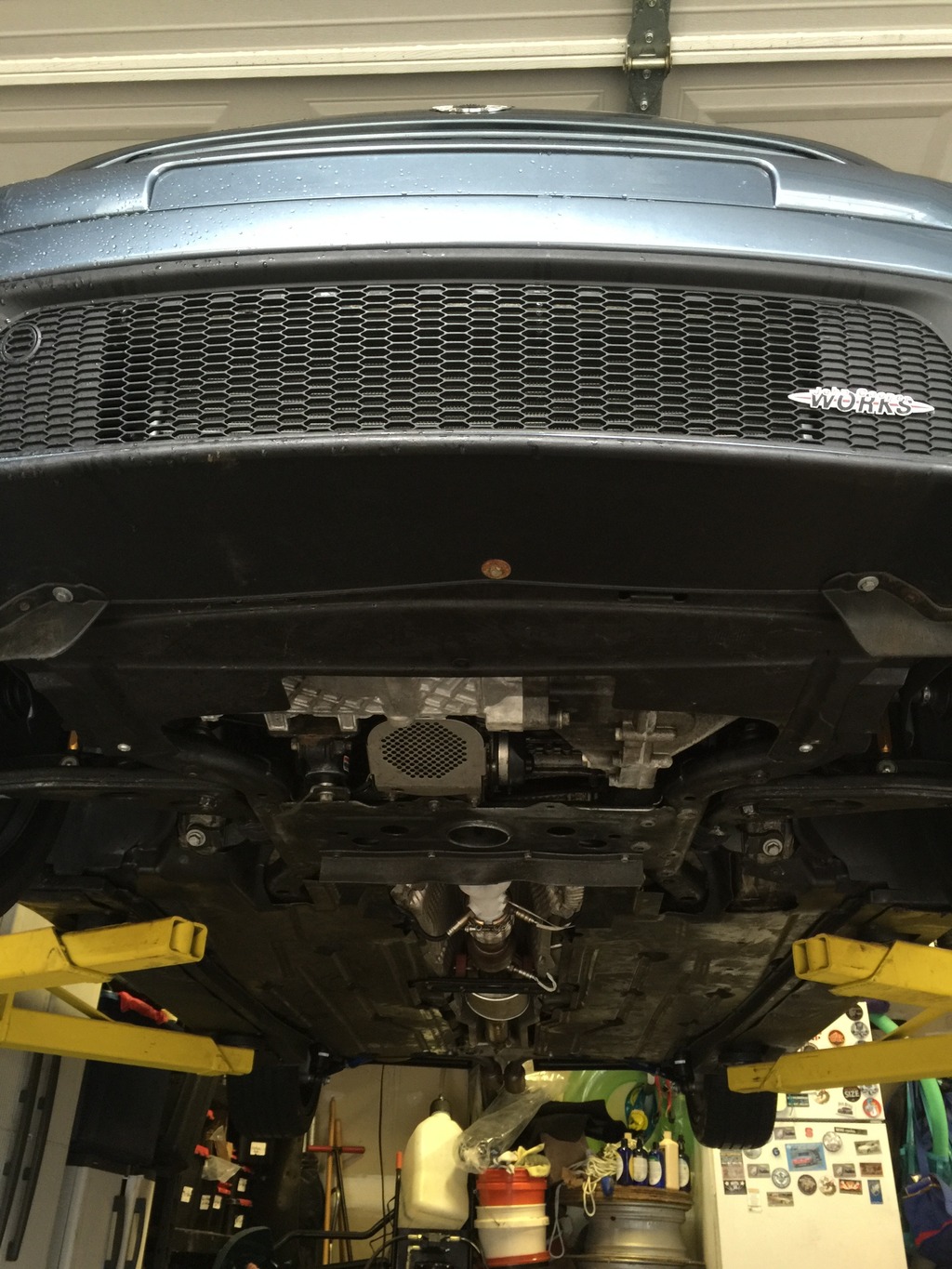 More replacement parts will arrive tomorrow. Also bought some vinyl upholstery fabric to prototype the tonneau cover. Still waiting on the last of the paint to arrive, to repaint my roll cage. Will work on that stuff over the holidays, when I’m not traveling. And might drive some more, if the monsoon here ever ends.