Pulled the bumper inserts, cleaned them up, filled the holes with Bondo. Sanded it down, primed and repainted. Took a couple of tries to get it “good enough”. But it’s much, much better than the roughly ground holes in the trim I had this morning. 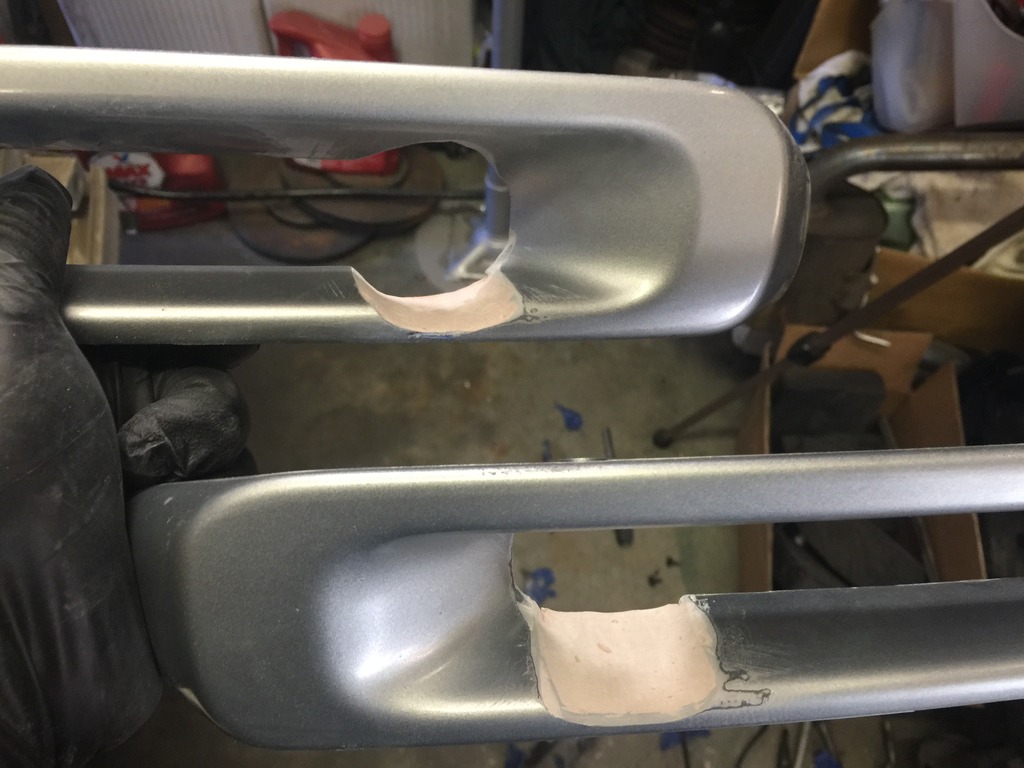 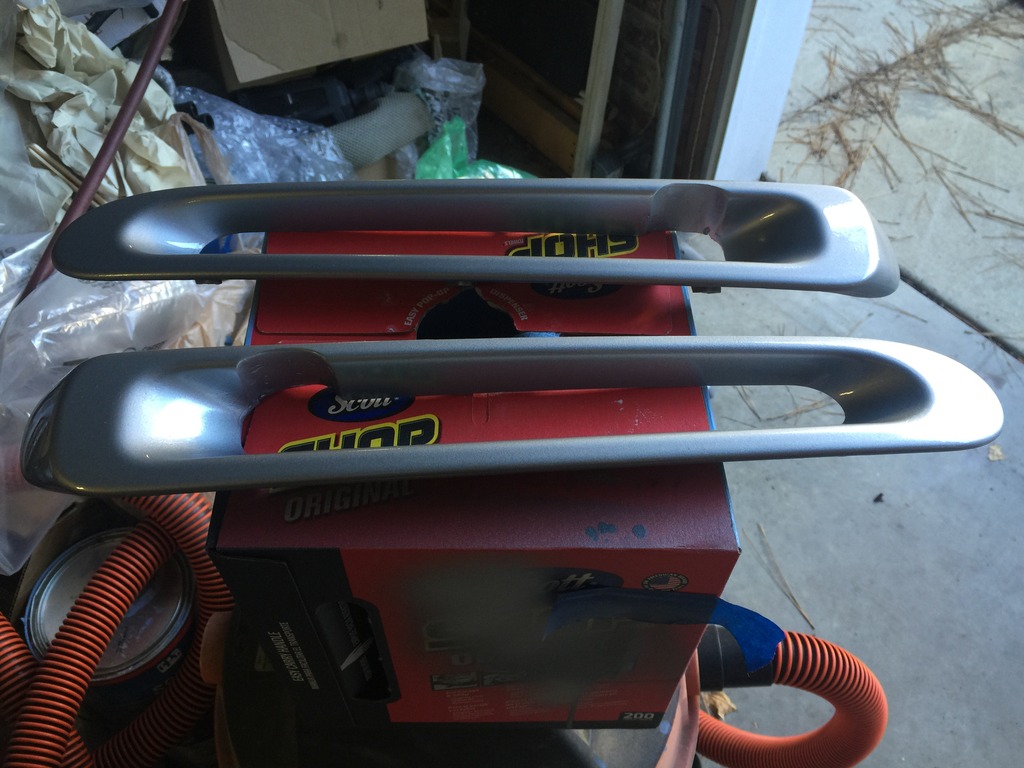 Reinstalled bumper, routed harness behind and plugged in PDC sensors, rear fog and corner markers. Hopefully the bumper is on there for good now.

Pulled the dash pad and frame back out, so I could reinstall the HVAC heater ducting on the front of the unit. Then put the dash frame and pad back in.

Fitted the driver side parcel shelf. Took a lot of measuring, drilling and cutting. But fit fine the first try. 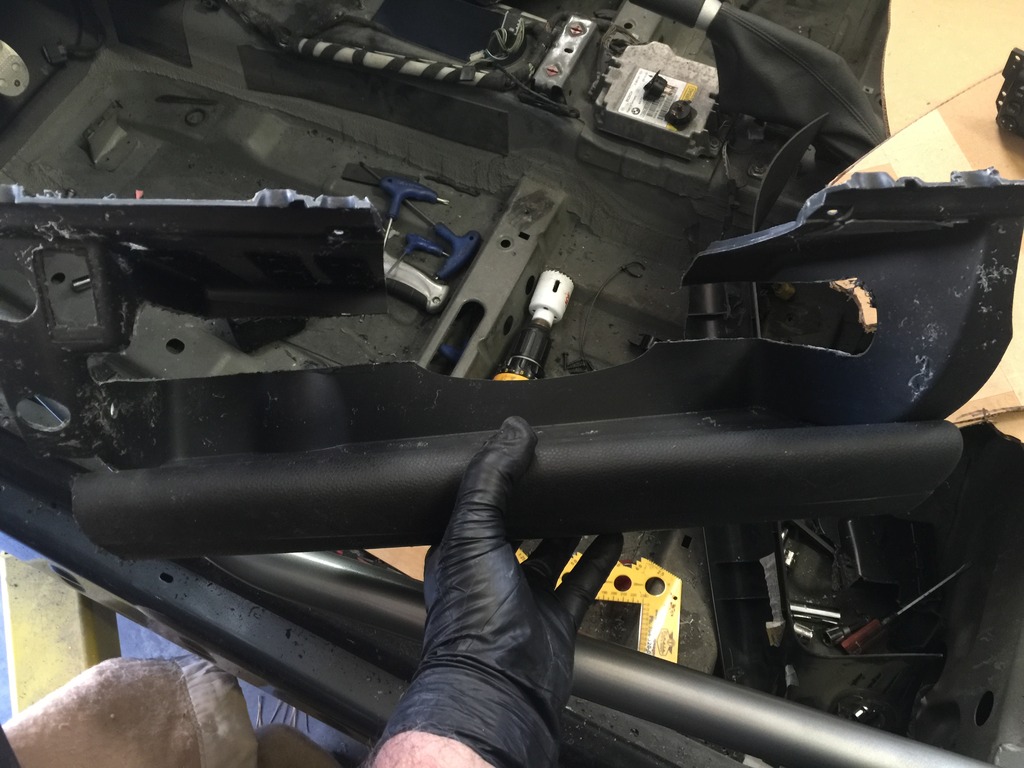 The extra holes are left over from other projects. They, and the gaps in the back, will be covered when I’m done. 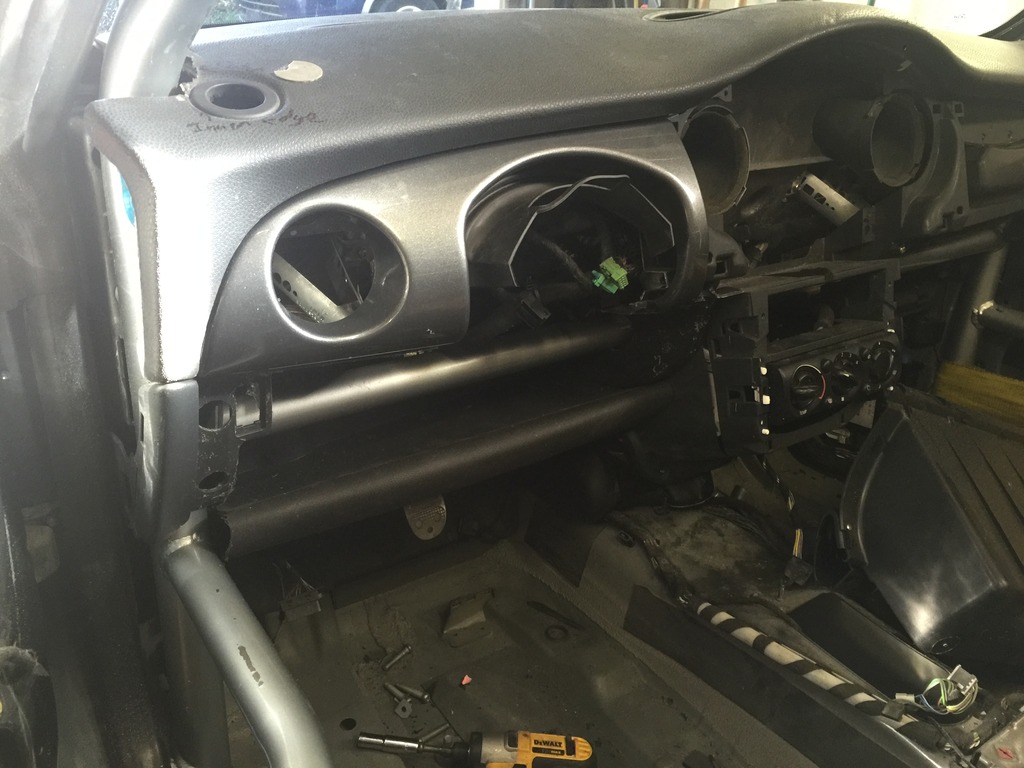 Test fit the kill switch some more. Confirmed that it will fit there, but only in one orientation, and required some trimming of the switch. With the front edge trimmed (to butt against the hard dash frame) and with the bosses trimmed off (so it will bolt flat against the bottom of the plastic dash frame) it’s just tall enough to flush mount in the dash pad. 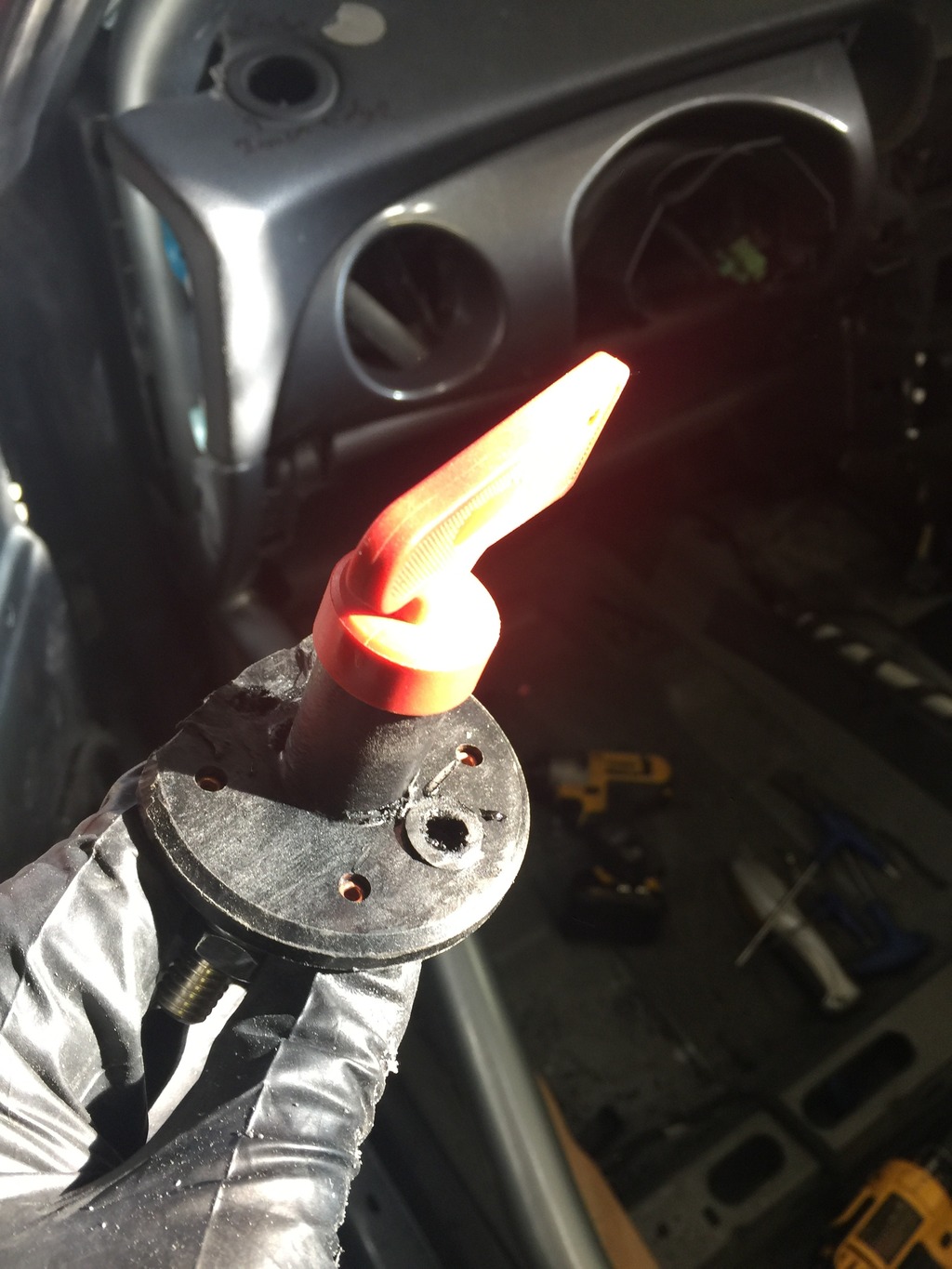 Installed the right hood latch, and hung the radiator frame on the car to get it out of the way.

Spent a while fiddling with the rear convertible hoop some more. Still needs a bit more fine tuning.

Wet sanded and polished the Chili Red mirror caps, found a pair a good mirrors in my pile, cleaned them up, installed the caps, and installed the mirrors on the car.
GPness… 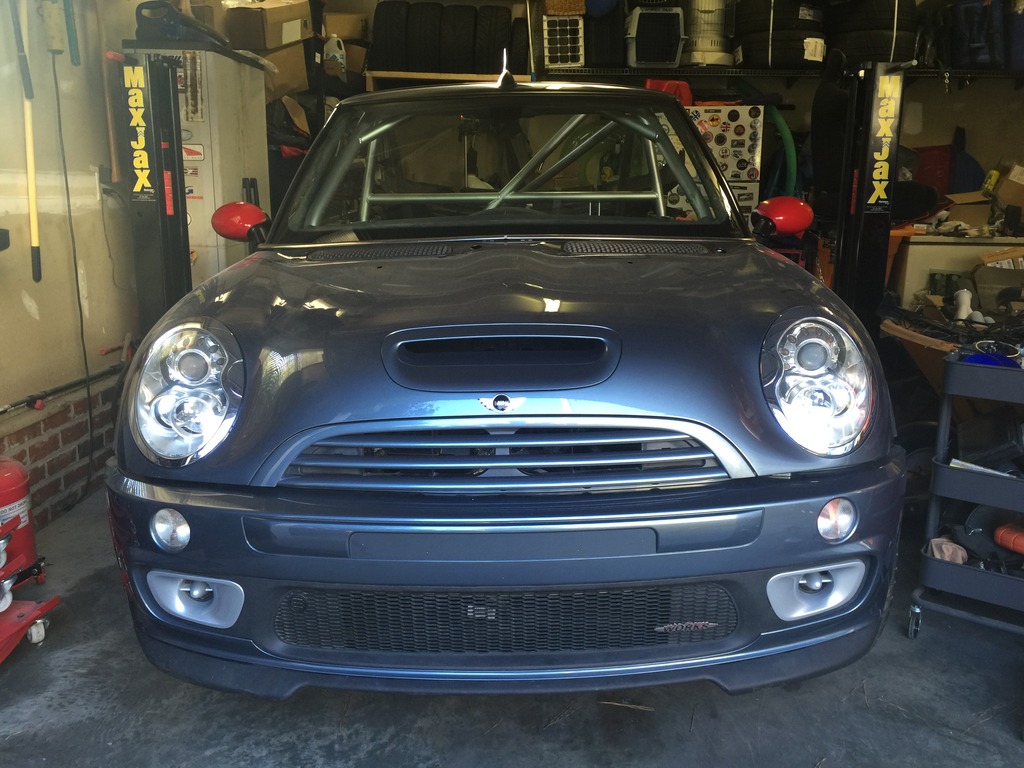